What Is an Ape-Man?

An ape-man is an imaginary being that shares features of an ape-like creature and a human being. It is not completely an ape; it is not completely a human. It is somewhere in between. For evolution believers, an ape-man makes complete sense. There must be intermediate creatures that eventually linked apes to humans. To try to prove that this really did happen, paleontologists (scientists who study fossils) are always on the lookout for bones of ape-men in the fossil record. Some scientists say they have found bones from these “missing links.”

Let’s look at the stories of some of the most famous supposed ancestors of humans. 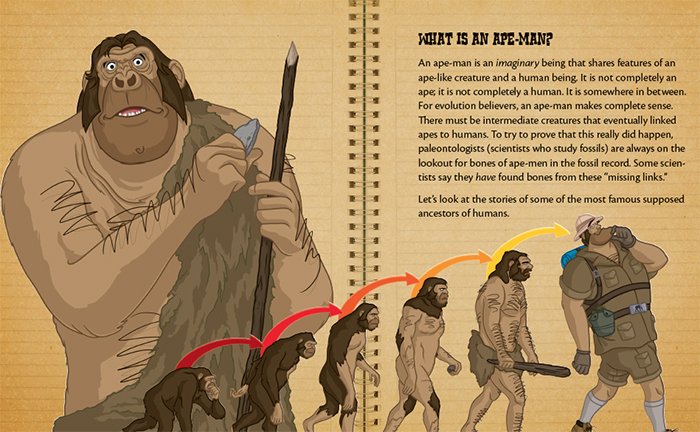