“‘Come, let Us go down and there confuse their language . . . .’ So the LORD scattered them abroad from there over the face of all the earth, and they ceased building the city” (Genesis 11:7–8). 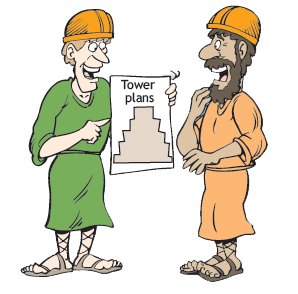 God’s perfect creation was corrupted by Adam’s sin. During the days of Noah, God judged the wickedness of man with a great catastrophe, covering the entire planet with water.

After Noah and his family came off the Ark, God commanded them to spread out and fill the earth (now very different from before the Flood). But the descendants of Noah disobeyed God.

They decided to stay in one place, building a tall tower they hoped would help keep them all together.

When the Lord saw their disobedience, He was displeased—as He is with all disobedience—and He confused the language of the people so they couldn’t understand each other (until this time, they all spoke one language).

In this way, the Creator scattered them over all the earth.

The several different languages created suddenly at Babel (Genesis 10–11) could each subsequently give rise to many more. Language gradually changes, so when a group of people breaks into several groups which no longer interact, after a few centuries they may each speak a different (but related) language. Today, we have thousands of languages but fewer than 20 language “families.”

Back Up a Minute 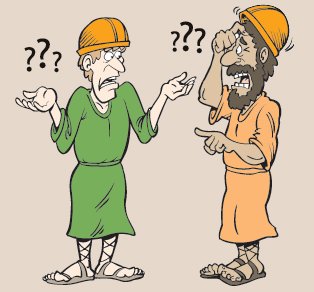 Adam and Eve were the first humans. Then all humans died except Noah, his wife and their three sons and daughters-in-law during the Flood of Noah. If we’re all descended from the same two people, then why do we look so different from each other?

Actually, this “C” has a lot to do with answering this question! God created Adam and Eve with the ability to produce children with a variety of different characteristics. This ability was passed on through Noah and his family.

As the people scattered, they took with them different amounts of the information for certain characteristics—e.g., height, the amount of pigment for hair and skin color (we all have the same pigment, just more or less of it), etc.

From this one event, the tribes and nations of the world have resulted. because we all came from Noah’s family a few thousand years ago, we’re all related!