We know we should remember to thank God for the good things he does for us. But what about bad things that happen? It’s much harder to be thankful during these times, isn’t it?

Have you heard of the Apostle Paul? Paul was a great preacher and teacher in the early church. He suffered hard times as he traveled to many places serving Christ, but he remained thankful even during the worst times of his life.

Turn to 2 Corinthians, chapter 11. Second Corinthians is one of the letters Paul wrote to the believers in the city of Corinth. In chapter 11 starting in verse 24, he shares some of the hardships he had.

Keep track of each hardship mentioned in these verses. As students read their verses, place a tally mark on the board for each hardship.

Wow! What a long list of bad times! Let’s count them. Let students add up the tally marks. Only God’s power kept Paul going through all these terrible things!

Refer to Paul on the lesson poster (see below). In verse 25, Paul says he was drifting at sea for a night and a day after being shipwrecked. That’s a long time to be floating in the water waiting to be rescued! But God saved Paul from his shipwreck.

Paul was also in danger from robbers, and some people even tried to kill him with stones for preaching about Jesus. He endured hunger, thirst, cold, and sleeplessness, all for Christ and the church.

If you were Paul, would you be thankful during all these horrible hardships?

It would be difficult to be thankful during times like these, wouldn’t it? But Paul remembered that he was suffering for Christ our Savior, and he was able to go through all of these things with gratefulness in his heart.

So, how can we be thankful like Paul was in all circumstances? What are the most important things to remember or to do? 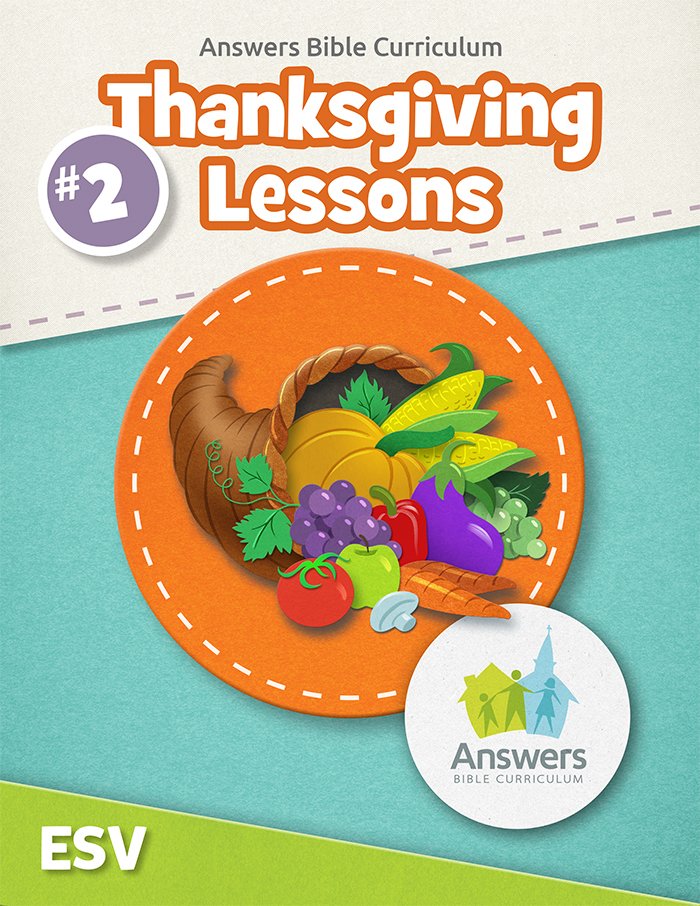 God has commanded us to give thanks in all circumstances, including both good and bad times.