Migration Hall of Fame: The Winners

The migration hall of fame isn’t easy to get into. Only the fastest, highest, moving-est movers from around the world make the cut. These animals and insects show real determination in galloping, flitting, zipping, or splashing from one place to another. Some make the journey because the weather turns too cold where they are. Some go because they need more food. Some move because they need to get home to lay eggs. But whatever the case, these creatures win the prize for incredible feats of migration. 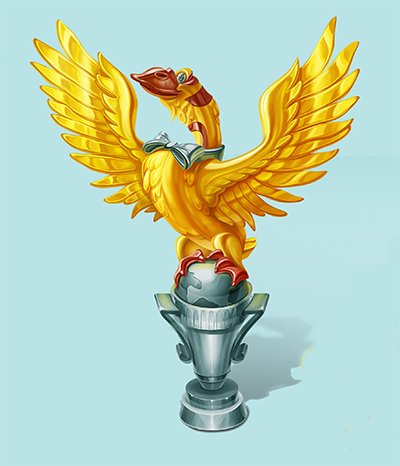 Some animals look at the really tall Himalaya Mountains and say, “No, thank you.” But not the bar-headed goose. These feathery wonders won’t let a little thing like Mount Everest keep them from warmer temperatures. They fly as high as five miles into the air. That’s as high as big jet airplanes fly! 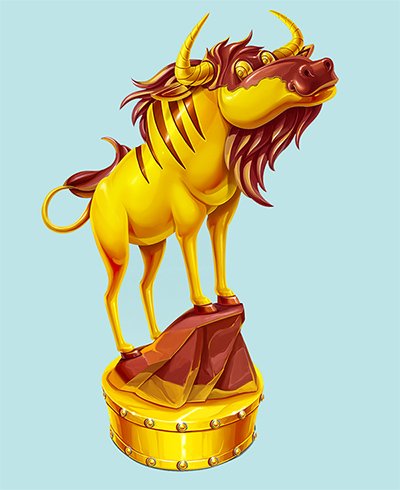 Sometimes creatures get a hankering for food and realize it’s time to get in line. That’s just what happens with the wildebeest (or gnu) in Africa. Year after year, 1.7 million of them make a big circle through the Serengeti (a grassy and often dry area, where they search for green pastures). As you can imagine, all those hooves, grunts, and groans make for one noisy trip. 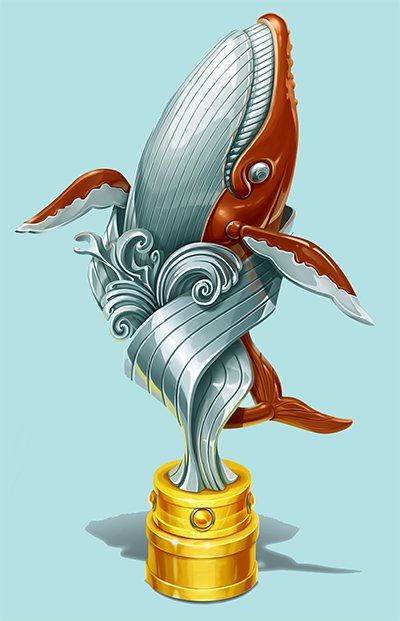 Humpback whales are huge. Imagine nine men lying in a straight line, and that’s about how long one whale is. Plus, they weigh a whole lot more—as much as four school buses! But that doesn’t keep them from moving fast and far. These giants of the waves can swim about 16,000 miles (25,000 km) in a year. How far is that? Well, that’s more than half the distance around the world. Humpback whales are no slouches! 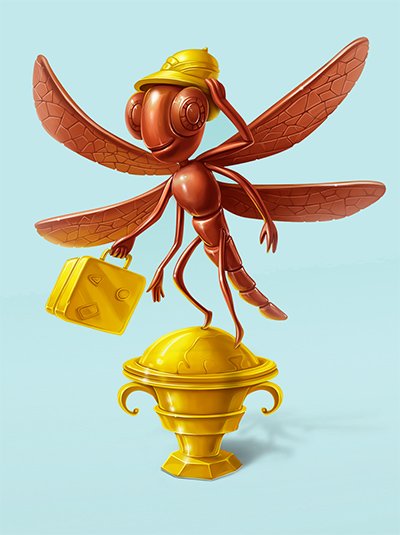 With a name like “globe skimmer,” you just figure these little guys have to be world travelers. And you’re right. Only about the size of your fist, these little dragonflies make a huge journey that takes them from India to Africa and back. And it’s all because they’re hunting freshwater from seasonal rains (called monsoons) to lay their eggs. What’s interesting? It takes the insects about four generations (from great grandfather to great grandson) to make the loop.

Note to self: never take a trip with an arctic tern. If you do, you’re in for a very, very, VERY long ride. Although these birds are only a little bigger than a blue jay or a mockingbird, their flying ability is huge! Each year, they take a zigzagging round trip up to 50,000 miles (80,000 km) from the Artic to Antarctica and back again. Why? Because they want to get there while it’s warm. In a typical lifetime of 30 years or more, a tern will log enough miles to travel to the moon and back three times. 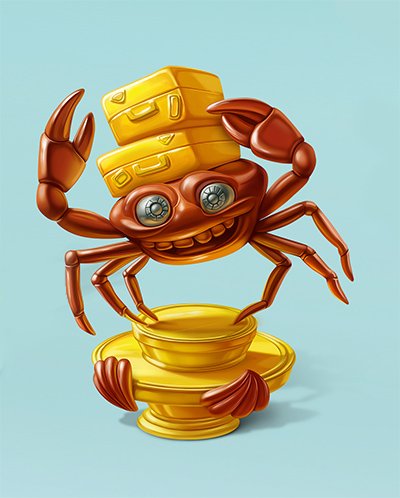 If you head to Christmas Island during the wet season (October–November), you’re in for a colorful display. Despite the island’s name, you won’t see lights or candles or decorations. It’s crabs. Millions of them! The Christmas Island red crabs come out of the forests, cross roads, and tick, tick, tick their way to the beach so they can lay their eggs there. 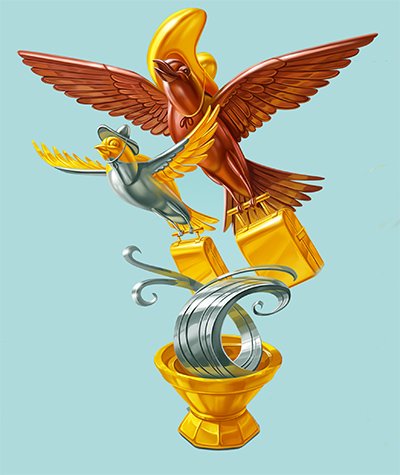 Songbird by day—migrating champ by night. That’s the story of the purple martin and wood thrush. These birds in your backyard can really wing it. Scientists tracked them traveling up to 300 miles (500 km) per day on their way from the United States to South America’s Amazon River. Now, that’s a vacation! 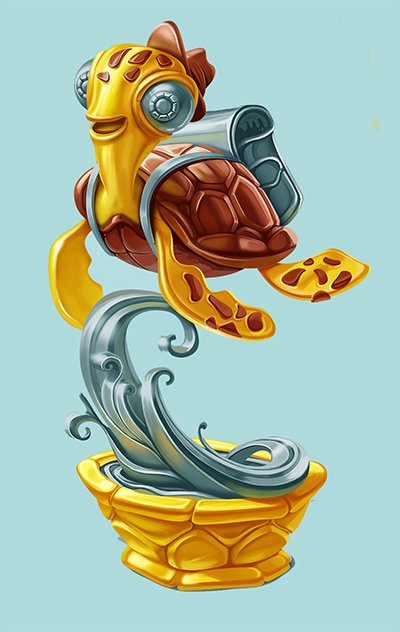 Whatever you do, don’t call a sea turtle slow. Unlike plodding turtles we see on the roadside, sea turtles live life on the go. They hatch on the beach and immediately race to the open sea, and they never stop. When it’s time to lay their eggs, they’re not afraid of distance. One leatherback sea turtle spent 150 days making the nonstop trek from Africa to its breeding grounds in South America. 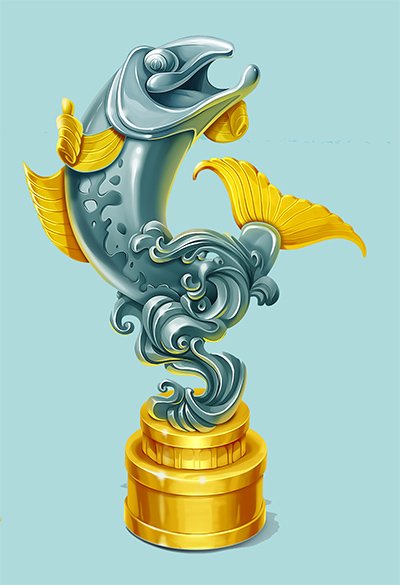 Maybe your grandparents have joked about having to walk to school . . . in the snow . . . uphill . . . both ways. Well, the feisty Pacific salmon gets pretty close to pulling this off. Groups of salmon—known as schools—sniff out the river or stream where they were born. Then, they migrate up the waterways to lay their eggs. That means jumping up rapids and waterfalls—and even dodging bears. Then, when the next generation of young salmon swim down the freshwater river to the ocean, their God-designed bodies transform for salt-water living.

Next Article Match the Animal with Its Unique Feat 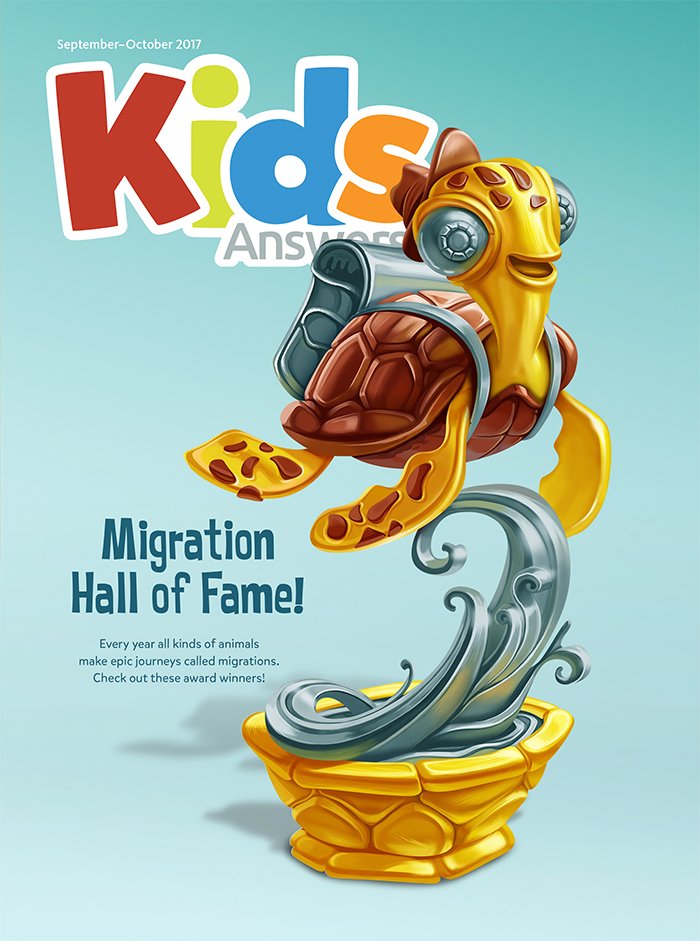 Every year all kinds of animals make epic journeys called migrations. Check out these award winners!