Wild Defenses of the Animal World

Meet some cool creatures with weird and wild defenses.

If you were ever stung by a bee, you probably learned very quickly to leave it alone! All around the world, we see amazing animals with weird and wild ways to defend themselves. But it hasn’t always been this way. In the beginning, when God made the world, it was “very good.” Sadly, the first humans, Adam and Eve, chose to disobey God. When they sinned, all creation was cursed, and death entered the world. Now, instead of eating only plants, some animals eat other animals. But our all-knowing and caring God designed the original animal kinds with features he knew they would need to survive—including some wild defenses.

Toxins are substances that can harm other life forms. Venomous animals, like some snakes and bees, inject their toxins with fangs or stingers. One of the deadliest venomous animals in the world is the box jellyfish, which injects toxins with stinging cells on its tentacles. It has enough venom to kill 60 adults! 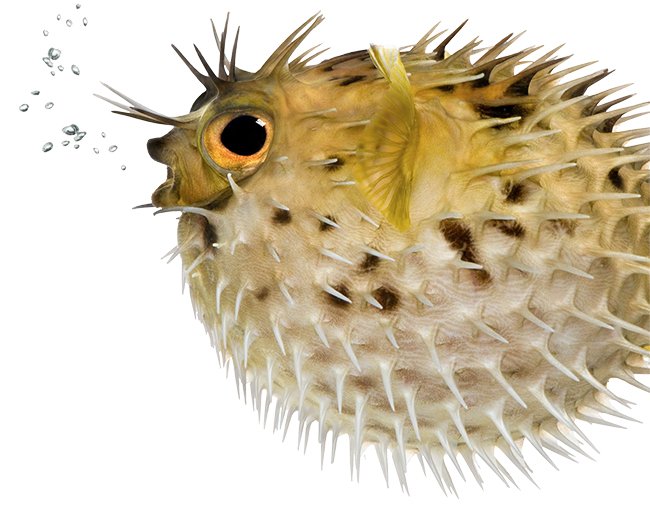 Venomous and poisonous animals often use bright colors to announce, “I’m dangerous!” For example, venomous coral snakes are red, yellow, and black. Poisonous monarch butterflies are orange and black. Several nontoxic animals have been equipped to copy the bright colors of toxic animals to trick predators into staying away. Harmless milk snakes look similar to deadly coral snakes, so most creatures leave them alone. Other harmless creatures are designed to mimic the behavior of deadly animals, like bull snakes that scare off predators by imitating the sound of rattlesnakes rattling.

A simple rhyme helps you tell a venomous eastern coral snake from a harmless Nelson's milk snake: “Red on yellow kills a fellow. Red on black venom lacks.” Can you tell which snake is venomous?

The venomous eastern coral snake is the bottom image, while the upper image is the Nelson's milk snake. "So sneaky, right? Does this count as camouflage?"

Some animals disappear into the background with a disguise known as camouflage. Stick insects look exactly like twigs on a tree. They even sway in the breeze with the branches, making them nearly impossible to spot.

Underwater, cuttlefish can change color and texture to match their surroundings. Their skin can go from smooth to rough in half a second! This comes in handy when swimming among corals, rocks, and sand in the ocean.

No Bones About It 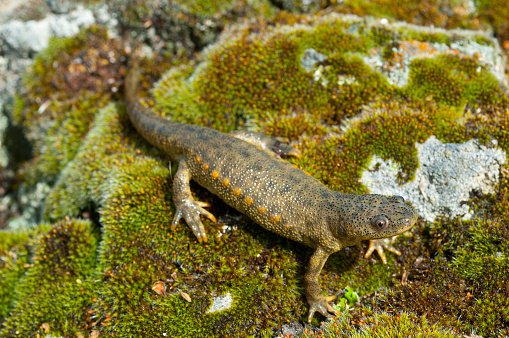 If breaking bones isn’t impressive enough, some animals will give up an arm, a leg, or even an organ to protect themselves from predators. When attacked, the octopus squid will grasp its predator with one arm and then detach that arm. The arm wriggles around to distract the predator, allowing the squid to escape.

African spiny mice can shed strips of their skin. Sea cucumbers will expel (force out) some of their organs to distract predators. All of these animals regrow their lost body parts later.

Some critters rely on strong armor or spines to make them unappetizing. Turtles are protected by thick shells. Small anteater-like mammals called echidnas (eh-KID-nuhs) are covered in spines and will roll up into balls when threatened. Lizards called thorny devils have spikes all over their bodies, making them tough to catch and not easy to eat. Sea urchins are clothed in sharp spines, which can be over a foot long in some species. 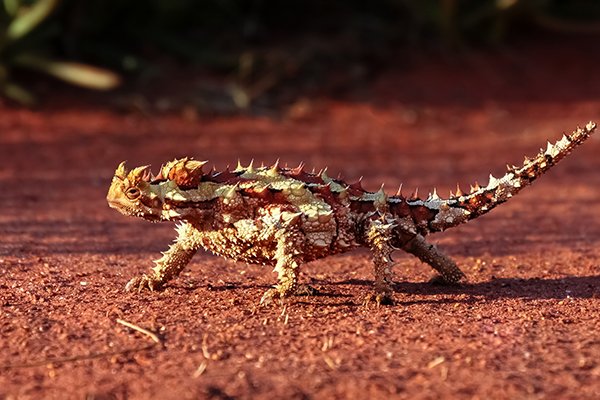 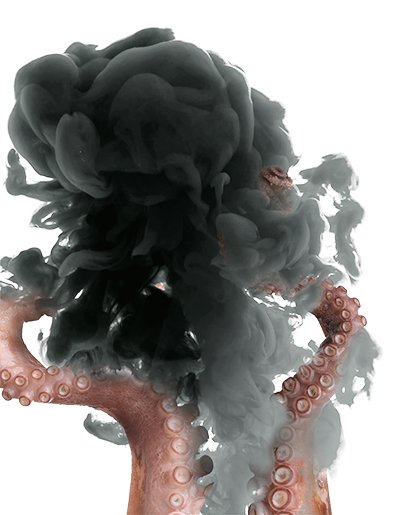 Some animals gross out their opponents. Some species of horned lizards shoot blood from their eyes. Vultures project vomit onto predators 10 feet away. Octopuses release large clouds of ink to hide their escape. Hagfish ooze slime that can trap predators or suffocate them.

The electrical outlet in your wall is 120 volts (a volt is a unit of measurement for electricity). Several underwater creatures fight against predators by shooting electricity. Electric catfish produce shocks up to 450 volts, electric rays can fire up to 220 volts, and electric eels can generate up to 860 volts!

Other animals trick predators into leaving them alone by playing dead. Virginia opossums collapse and produce an odor that smells like they’ve been dead for days. Many duck species flop over and pretend to die when they’re scared. Baby antlions (insects that look like dragonflies as adults) also fake their deaths, putting on a show for over an hour!

All these amazing defenders have something in common—they have predators. Their unique defense structures could have been hidden or served other purposes before the world was cursed. Thankfully, creatures won’t always need defenses. Isaiah 11:6 says, “The wolf shall dwell with the lamb, and the leopard shall lie down with the young goat, and the calf and the lion and the fattened calf together; and a little child shall lead them.” God has promised that one day death will be destroyed, and animals won’t eat each other anymore. They will live in harmony with each other—and with us. 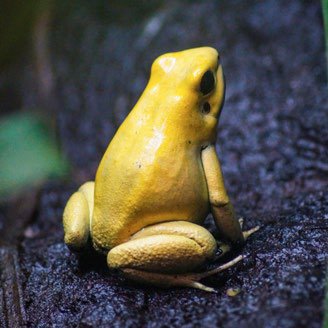 We have one of the most poisonous animals on earth at our zoos—golden poison dart frogs. One gram (about the weight of a raisin) of their poison can kill up to 15,000 people. Don’t worry, guests can’t touch them. 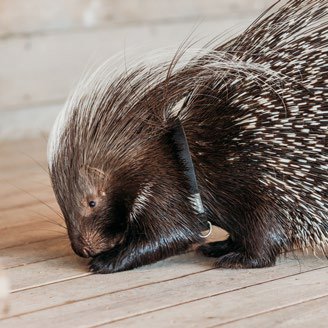 The pointy quills of our African crested porcupines grow up to 13 inches long, but they don’t shoot them out—that’s a myth. Our porcupines walk around the zoo on leashes like dogs. 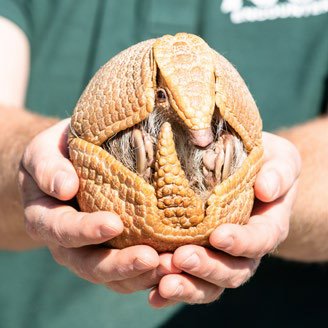 Animal armor is everywhere in our zoos. Did you know armadillos, turtles, and tortoises can feel through their shells? 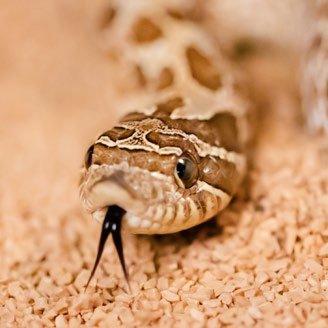 They love to be scratched. The most dramatic defenders in our zoos are the western hognose snakes. If mimicking rattlesnakes doesn’t scare off predators, they’ll flip upside down and play dead. 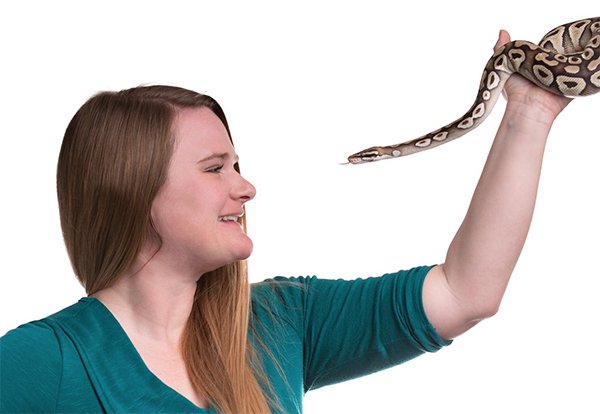 The author, Karina, with her pet ball python, Persephone.

The Poisonous and Prickly 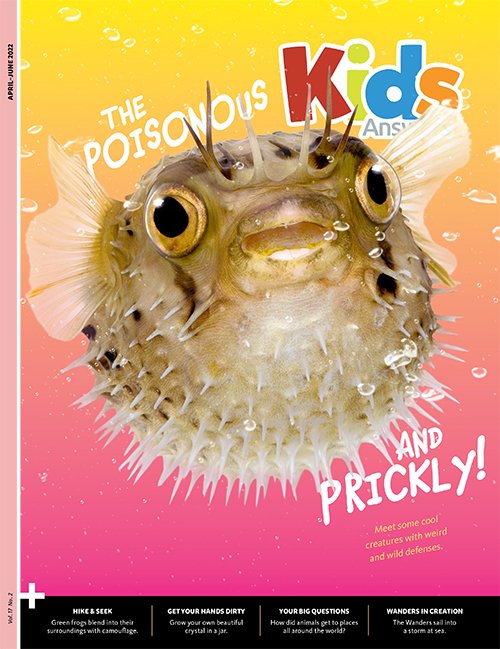 Meet some cool creatures with weird and wild defenses.