One Race, Many Nations: After Babel (Junior)

Jambo, racers! As you traveled to Africa today, you learned how people have the same skin-coloring pigments. Our skin produces melanin, which makes our skin a lighter or darker shade of brown, depending on how much melanin we produce. As the people left the tower of Babel with their language confused, they spread out over the earth. People in certain areas of the world, who spoke the same language and had similar shades of skin, developed their own interesting traditions and food preferences and ways of living. Even though we may look slightly different, speak different languages, or have different customs, we are not part of different “races.” We are all part of the same race, the human race, beginning from Adam and Eve, the very first people.

On leg three, we see how the human race develops into people groups with different languages, cultures, and physical features, but how we are still one race.

Unscramble the letters in each color and write them in the memory verse to find out where we came from. 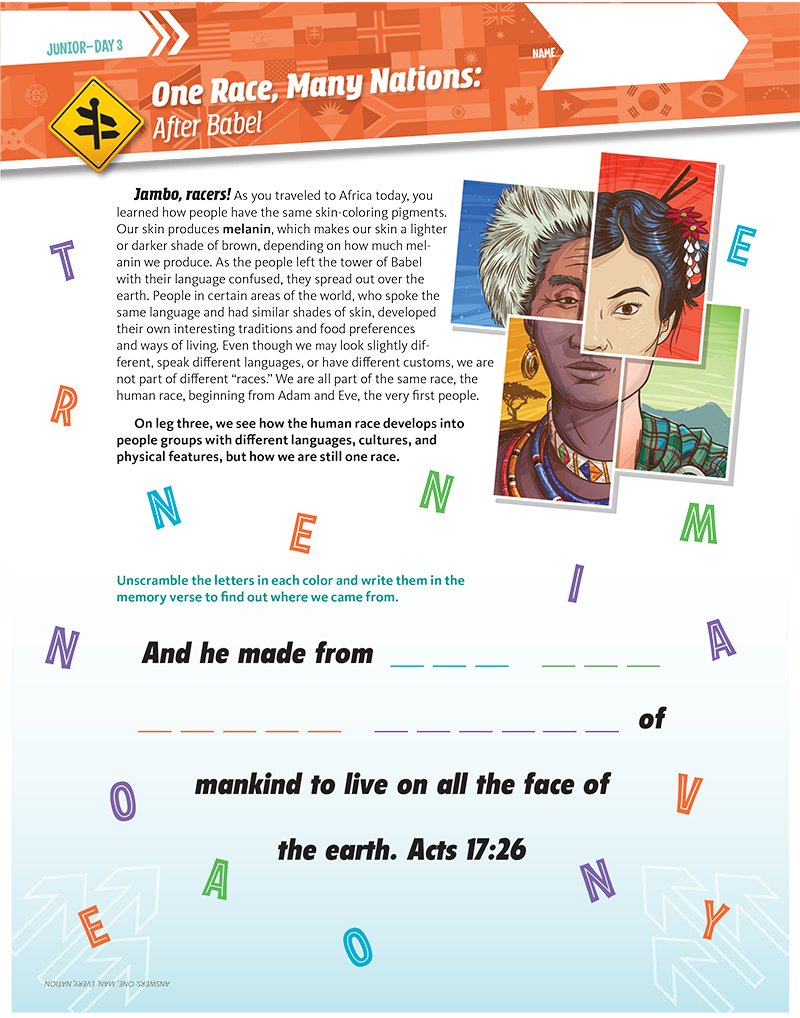