Lesson 25: What About Dinosaurs? Part 2

“Can you draw out Leviathan with a hook, or snare his tongue with a line which you lower? Can you put a reed through his nose, or pierce his jaw with a hook?” (Job 41:1–2).

Tyrannosaurs, triceratops, stegosaurs, iguanodons, velociraptors . . . Dinosaurs are fascinating creatures, aren’t they? But how much of what we think we know about them is actually true?

For instance, when did dinosaurs live? You might answer “millions of years ago!” Did dinosaurs ever live with people? “No!” you might shout. If asked what dinosaurs ate originally? “Meat!” you’d probably say. Are dinosaurs mentioned in the Bible? “Of course not!” you might think. Did dinosaurs turn into birds? “Yes!” you might reply. But actually, all of those answers are wrong.

Let’s rethink the answers to these questions, using the Bible (which tells us the true history of the universe) as the foundation for our thoughts, rather than just relying on what we’ve always heard or been taught. God reveals to us through His Word that He spoke the whole of creation into existence in six actual days just a few thousand years ago. So did dinosaurs live on earth millions of years ago if the earth is only thousands of years old? No. They must have come into existence sometime during those first six days.

Can you figure out when? 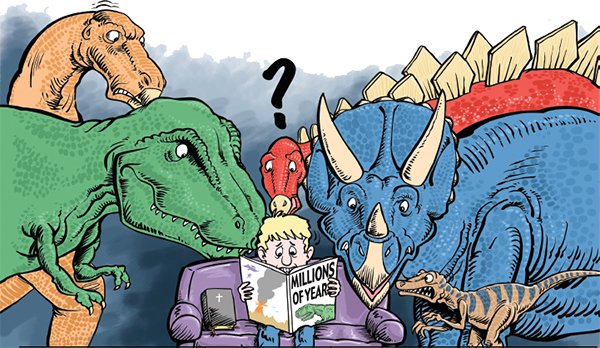 Did Dinosaurs Ever Live With People?

Yes! God also fashioned the first man, Adam, on that sixth day. Adam was actually the first human to discover dinosaurs! This also means that dinosaurs didn’t turn into birds. birds were formed the day before dinosaurs!

What Did Dinosaurs Eat Originally?

Genesis 1 teaches that at the end of the sixth day, God declared His completed creation “very good.” He instructed Adam, Eve, and all the animals to eat from the plants and trees. So, all dinosaurs (including the mighty T. rex!) munched on fruits and veggies in the very beginning.

Find your way through the maze! 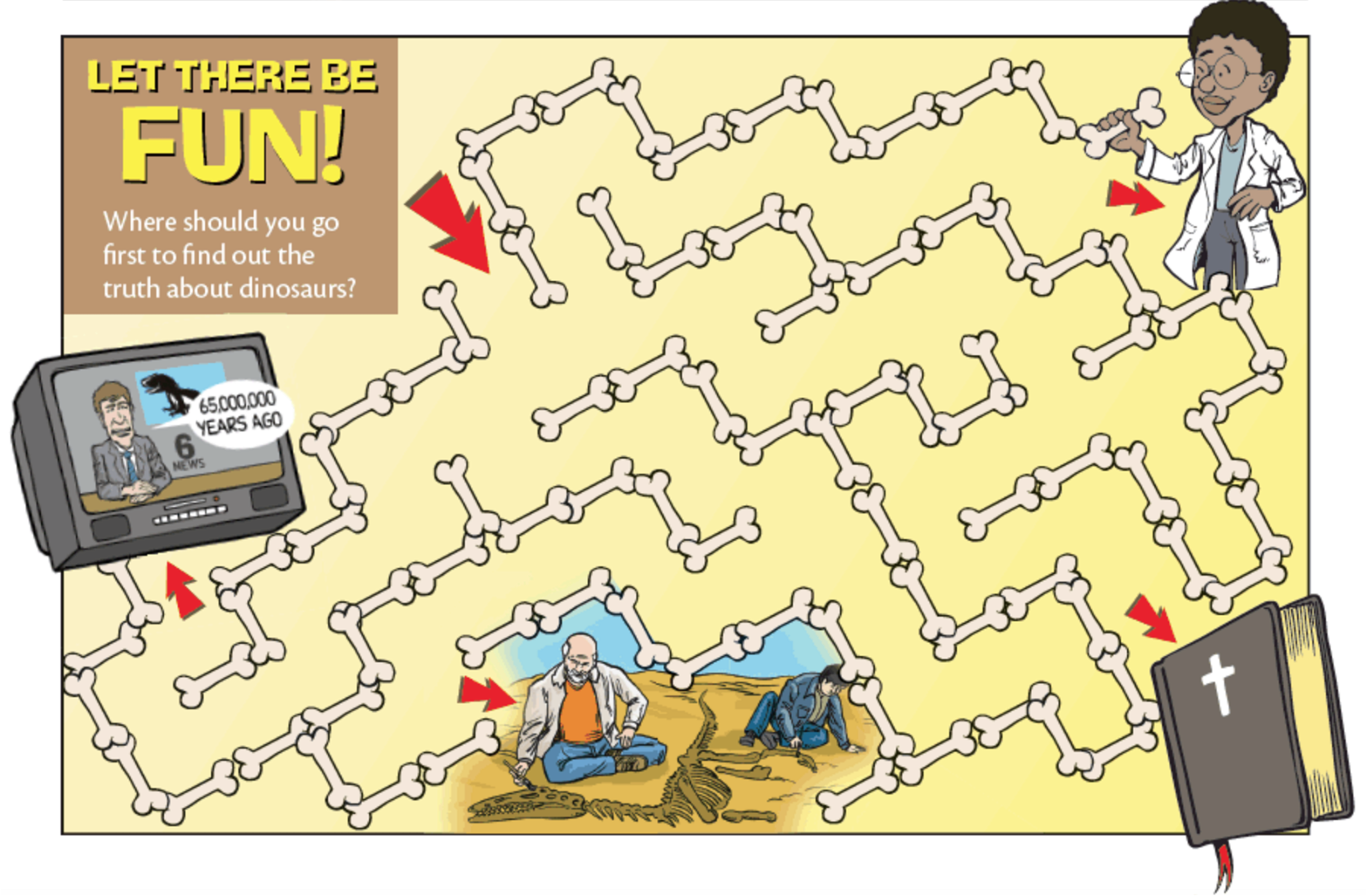 Where Did They Go?

What really happened to the dinosaurs? It's a question with multiple answers. See if you can find these words in the puzzle.