Where'd They Come From?

“Cavemen” supposedly lived thousands of years before “modern man” came on the scene. But God, in His Word, tells us the true history of these people. In Genesis, He tells us that Adam and Eve were the first two people on earth. Later, only Noah and his family were left on earth after God judged man’s disobedience with a worldwide Flood.

Then, after God confused the languages at Babel because of man’s disobedience, various groups split up, taking with them their individual knowledge of technology. Some knew more about farming, some knew more about building great structures, and some knew how to use metal to make tools. Those groups which didn’t know how to do any of these things would be forced to “begin again”—learning these skills on their own. Those who did have these skills were able to use them once they found a suitable place to settle—building great pyramids or magnificent gardens. 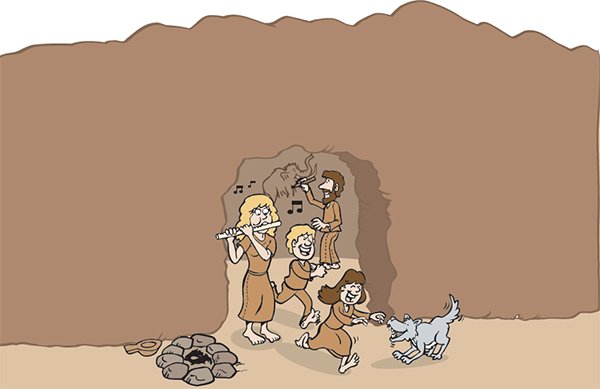 Many families who weren’t expert builders would have found caves a good place to quickly make new homes. Today, the people who lived in these caves are called “cavemen.” There was nothing “primitive” about them, however—they used musical instruments, drew fascinating pictures on cave walls, knew how to make stone tools, could sew their own clothes, and hunted their food with great skill. When their bones are found, they are similar to our bones, showing they really were people like us!

Where Do You Live?

“In the brick house down the street on the right” may be the answer you give to that question. Others may say they live in a house made of wood, or in a flat, or on a houseboat, or even underground. Are those who live in brick houses more intelligent than those who live underground? Absolutely not! These families simply live in different places, just as happened after Babel. In fact, in Coober Pedy (in Australia), living above ground is very hot, so many people build their homes underground—real live “cavemen” with television sets!

Evolutionists believe the evidence they find of those who lived in caves points toward us having less-than-human ancestors. However, seeing these things through “biblical glasses” helps us rightly understand that these people were descendants of Noah and were, in fact, our relatives! 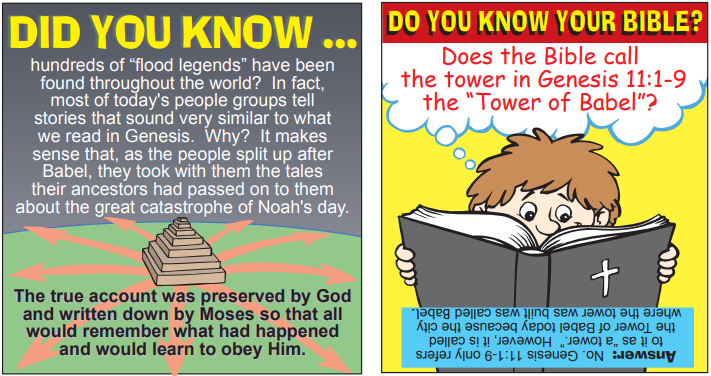 Read Genesis 11:1-9, and then unscramble the words below to find out what they say.

You got it right! Congratulations!

Not quite! Try again!

See if you can find the thirteen words hidden in the puzzle below!