“Ooh! My favorite is the triceratops. He has three horns,” said Jessie. “T. rex doesn’t have any horns on his head.”

“Hmmm,” Justin looked at the two dinosaurs. “You’re right. T. rex doesn’t have any cool horns, but he does have big, sharp teeth.”

“I wonder why triceratops has three horns instead of two. There aren’t very many things that come in threes are there?” wondered Jessie.

“Actually, I see threes all the time,” said Jessie’s mom.

“Well, right over there,” Jessie’s mom pointed to the bike section of the store. Right down in front was a shiny blue bike with three wheels.

“I had a pink bike like that before I got my two-wheeler,” Jessie remembered.

“You called it your trike, but its full name is a tricycle,” Jessie’s mom explained. “That’s what ‘tri’ means—three. And look here at this puzzle. All kinds of shapes are on it. Can you find the tri-angle?” she showed them a puzzle on the store shelf.

“Hey, the triangle has three sides!” said Jessie as she pointed to the shape in the puzzle. 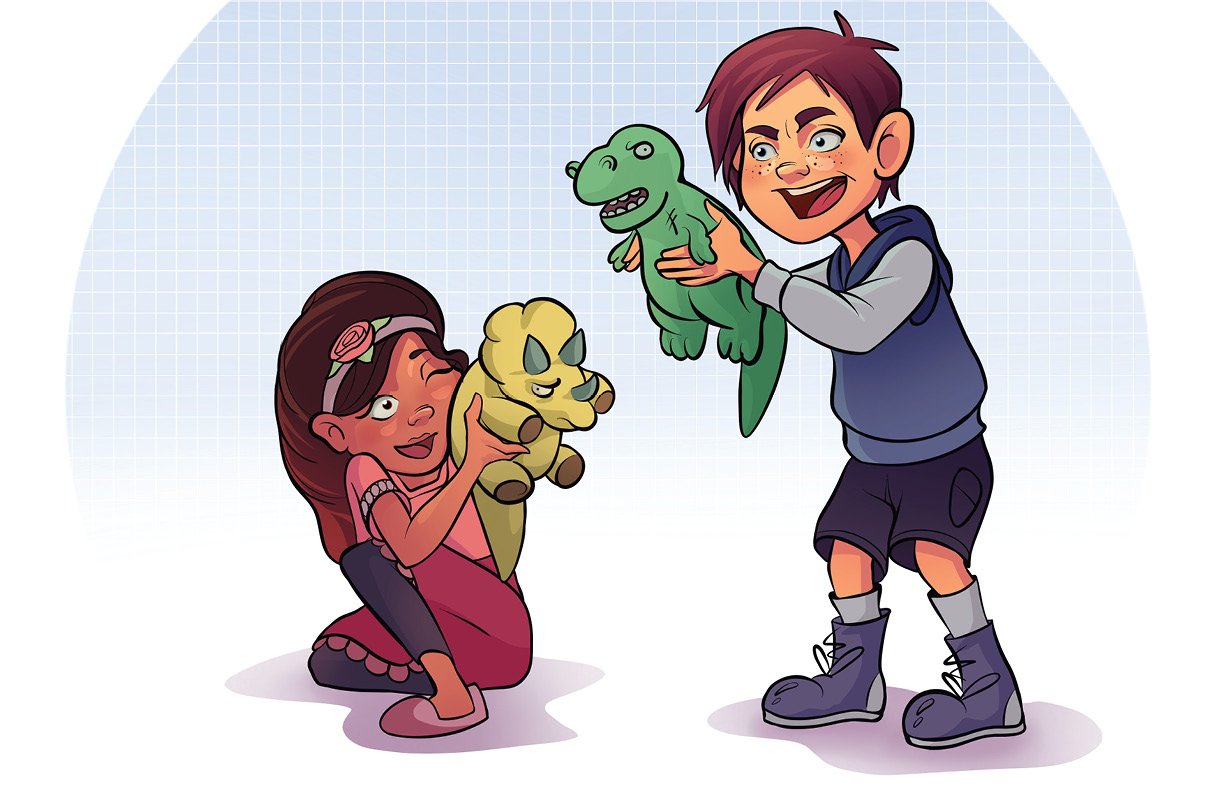 Justin and Jessie rode home from the store looking for all the things they could find that came in threes: three trees with pink flowers in a row, three red cars in a parking lot, and a lady walking three dogs!

“Look at the stop light. It has three lights: red, yellow, and green,” Justin pointed out.

“Yeah, and Mr. Benson even has three garbage cans!” They all laughed.

Everyone went into the kitchen to get lunch ready. Jessie’s mom took some hard-boiled eggs out of the refrigerator and started peeling them. “Hey, look!” cried Jessie. “Even the eggs have three parts. The shell part, the white part, and the yellow part in the middle.”

“There really are a lot of threes around,” said Justin.

“Yes. But I know of something that you haven’t mentioned yet.” Jessie’s mom grinned as she set sandwiches in front of the two kids.

“Really? What is it?” asked Jessie.

“Actually, you should ask WHO is it,” said her mom with a wink.

“WHO??” The kids were surprised. How could someone be in three parts?

“The Bible says God is three Persons. We call that the Trinity,” explained Jessie’s mom.

“So there are three Gods?” asked Justin.

“No. There is only one God, but He is made up of three different Persons: the Father, the Son, and the Holy Spirit.”

Justin and Jessie thought about this. How could one God be three different Persons at the same time?

“Hmmm. I think I get it. But it’s hard to understand,” said Jessie.

“Well, you know what? The Trinity is something that none of us can understand completely—even adults don’t totally get it,” Jessie’s mom smiled.

“I don’t understand it either,” said Justin. “But I believe it! ‘Cause that’s what the Bible says, right?”

“Right! And that’s called faith,” replied Jessie’s mom. “God gives us faith to believe what the Bible tells us—even when we can’t figure it all out!”

After lunch, Jessie and Justin gathered the three plates, the three cups, and the three forks and put them into the sink. Then they ran outside to play.

“One, two, three, you’re it!” shouted Jessie. And off she ran for a game of tag. 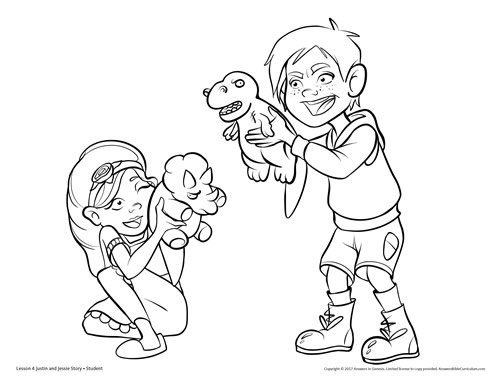