“Happy birthday tooo youuu!” the crowd sang and clapped. They were celebrating the birthday of the oldest man in town. Today Mr. Johnson was 100 years old! The whole town came out to celebrate. There were games and races and cotton candy and hot dogs and hamburgers. It was great fun!

Mr. Johnson walked with a cane very slowly up to the table where there was a huge birthday cake made especially for him. Justin and Jessie started to count the candles on the cake. But when they got to 89, they lost count.

The kids stared at the old man. They had never seen anyone this old before. Mr. Johnson had wrinkly skin and white hair, but his eyes twinkled with joy as he spoke. “Sometimes,” he said, “I feel as old as Methuselah, but today you’ve all made me feel like a kid again. Thank you so much.” The crowd laughed and clapped, then everyone lined up to get a piece of the birthday cake. 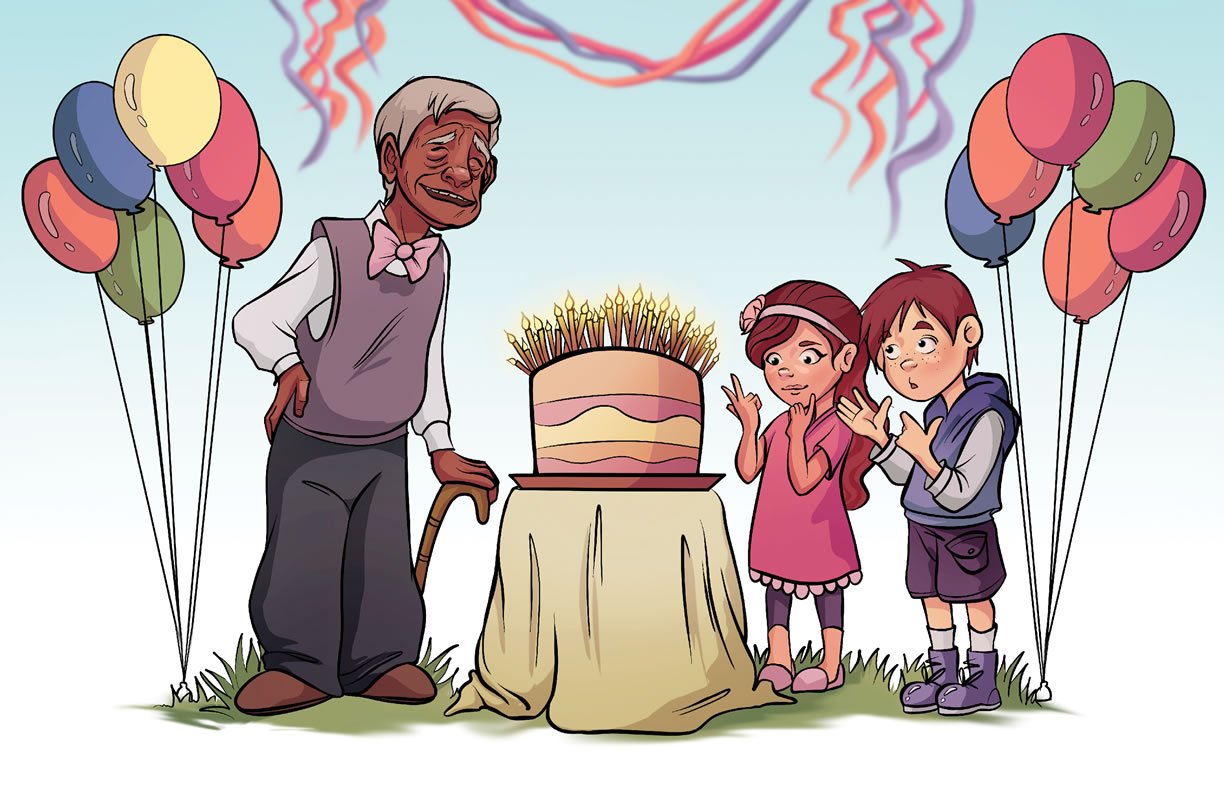 Justin and Jessie carried their cake to a shady spot under a tree and sat down in the grass to eat.

“Wow! Mr. Johnson’s old. I wonder if there were really 100 candles on his cake,” said Jessie.

“Yeah. He must have been born a long, long time ago. Like maybe when Adam and Eve were living,” Justin said.

“No. Not that old,” Jessie corrected. “But maybe he’s as old as Noah. I don’t know. But he seems really nice, though. He made everybody laugh.”

“Who?” asked Justin’s dad as he sat down by the kids.

“Hi, Uncle Tim. We were talking about Methusah. You know, the guy that Mr. Johnson was talking about,” explained Jessie.

“Oh! You mean Methuselah,” said Justin’s dad. “He was the oldest man to ever live.”

“Really? I thought Mr. Johnson was the oldest,” said Justin.

“No,” Dad chuckled. “Mr. Johnson is actually pretty young compared to some of the men in the Bible. Methuselah was 969 years old on his last birthday.”

“Wow! Is that really true?”

“Does the Bible say how many birthdays Adam had?” asked Jessie.

“Adam was 930 years old when he died,” said Justin’s mom as she sat down to feed Ellie some birthday cake.

“Happy bufdy!” sang Ellie in between bites of cake.

“Cool! But Uncle Tim,” Jessie asked, “why does the Bible tell us how old those guys were?”

“Well, because the Bible is the History Book of the Universe. And when we add up the birthdays of different people like Adam and Noah and their children and grandchildren and great-children, it helps us understand when things actually happened.”

“Mmm. Bufdy cake.” Ellie clapped her hands and licked the frosting off her fingers.

“And,” said Justin’s mom, “we can also figure out how old the earth is!”

“You know how old the earth is?” asked Jessie.

Justin’s forehead crinkled up. He was trying to figure out how many years it all added up to. “I don’t think I can count that high,” he said.

Justin held up four fingers and then put two more fingers up then counted all of them. “Six!”

“Good! So all we have to do is add three zeroes on the end to make it six thousand.”

“OK. I guess Mr. Johnson isn’t that old, is he?” laughed Justin. 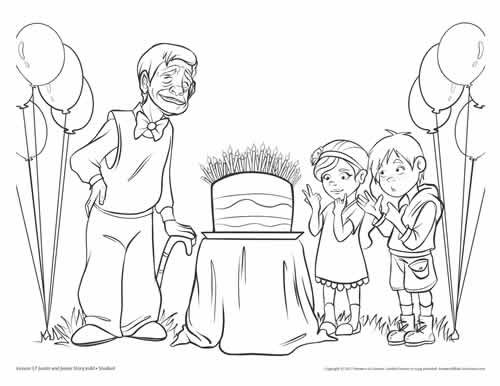