“All right, kids. You did a great job listening to the story today. Now you may check out your books for this week,” said the librarian.

Justin and Jessie got up and wandered around the kids’ section of the library looking for some good books to check out.

“I want a book with tigers and lions,” said Justin.

“Hmmm. I think I want this one.” Jessie pulled a colorful book off the shelf that had a picture of a little girl with a basket of purple flowers.

“I wanna get a book with lots of pictures,” Justin replied. He kept searching until he finally found the perfect book. He pulled it off the shelf and quickly took it up to the desk to check it out.

“Oh, this looks like a good book for you, Justin,” said the librarian. She beeped the numbers on the book then frowned when she heard a ding.

“How come it dinged?” Justin asked.

“Uh oh,” the librarian replied. “It says you already have a book checked out. Did you forget to bring back the dinosaur book?”

Justin thought for a minute. “Oh, yeah. I forgot about that one. But can I still have this one? It took me a long, long time to find it, and I really want to see all the neat lion pictures.”

“Well, I like to have the other books back before you check out new ones,” said the librarian, “but I’ll have mercy on you this time and let you check this book out.”

“Mercy? What does that mean?” Justin wondered to himself. “Maybe it has something to do with the library computer.”

“But you make sure to find that dinosaur book and bring it back soon, or else your mom will have to pay a late fee,” said the librarian.

The kids found Jessie’s mom, and they drove home. Justin plunked down in the family room and started looking at his new book. Before he knew it, his mom was calling him for dinner.

“Hurry and eat, Justin. We have to get ready for church. You’ve got kids’ club tonight, remember?” his mom reminded him.

“I’m all done,” said Justin as he set his fork down.

“What? You didn’t eat all your broccoli,” said Mom. She pointed to the green veggies still on his plate.

“I ate two trees,” he answered. Justin liked most vegetables, but he wasn’t in the mood for more broccoli tonight.

“Hmmm. I should make you sit there until you eat them all, but I’ll have mercy on you since you ate some.”

“There’s that word mercy again,” Justin thought. “It must not be a computer word if Mom is using it about broccoli.”

The family climbed into the van and headed to church. Justin went to the kids’ club room and sat down for lesson time.

“Okay, kids,” said the teacher, “tonight we are going to talk some more about Noah. Who remembers why God was going to send the Flood?”

Justin listened as the teacher, Mrs. Jacobs, told about how God sent the worldwide Flood to judge sin. Justin remembered how he and his dad talked about Noah when they built his new fort.

Justin started to daydream. He imagined his fort was an army base, and he was the captain in a battle against the bad guys. He was fighting off three guys all at once when—

“Ow!” he yelled as Jessie’s elbow jabbed him in the ribs. The whole class giggled. 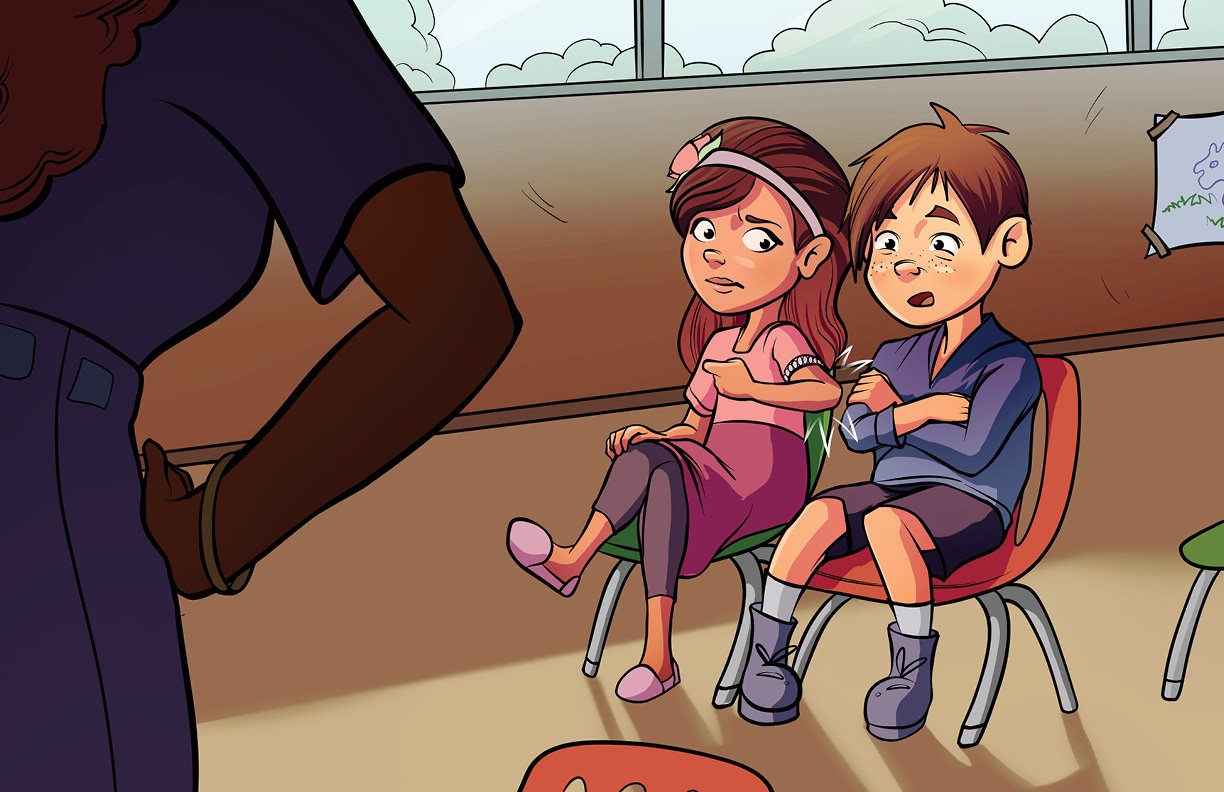 “Mrs. Jacobs asked you a question,” Jessie hissed in a whisper.

“Oh, uh,” Justin stammered. “I’m sorry. I was thinking about something else.”

“That’s what I thought,” said Mrs. Jacobs. “I’ll give you some mercy, but you should be paying attention, all right?”

“That word again,” Justin thought. “I wish I knew what it meant.”

Mrs. Jacobs turned to the rest of the class. “Does anyone know the answer?”

“That’s right, mercy,” said Mrs. Jacobs. “Can you tell us what that means, Justin?”

Justin gulped. “Uh, it means I don’t have to eat all my broccoli,” he said.

The class laughed. Even Mrs. Jacobs laughed a little. Jessie leaned over and said, “Justin, we’re talking about Noah and the Ark, not broccoli.”

Mrs. Jacobs smiled at Justin and said, “I’m afraid you might have missed something. Listen again, and I’ll explain.”

This time Justin looked right at the teacher and didn’t let his mind start thinking about his fort or the lion book or broccoli or anything. He just listened.

“Mercy,” said Mrs. Jacobs, “is when someone shows kindness to those who deserve punishment. Noah was a sinner just like any other person, but he loved God and obeyed Him. God showed mercy to Noah by saving him in the Ark.”

After kids’ club was over, Jessie asked, “Justin, how come you were all goofy during kids’ club?”

“I was trying to figure out what the word mercy meant because I kept hearing people say it today.”

“So every time you could have been punished, but they all said they would have mercy?”

“Yeah, so I guess mercy is when I don’t get punished even when I should.”

Justin thought for a minute. “But I don’t think you showed mercy, Jessie.”

“Huh? What do you mean?” Jessie asked.

“My side still hurts where you poked me with your elbow.” Justin grinned and rubbed his side where Jessie had jabbed him earlier. 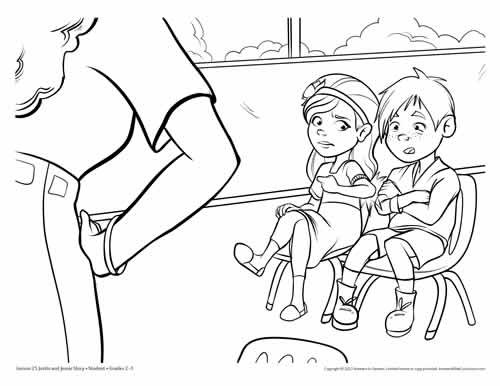