“Mom, do I have to go tonight?” asked Justin.

“Yes, Justin. Mrs. Martin asked our family to come over for dinner. And you are part of our family, right?”

“Yeah. But I don’t feel like going,” Justin whined.

“I’m sorry to hear that. Why don’t you want to go? Is it because of their adopted children?” Mom asked.

The Martin family were friends from church who adopted two kids from Africa. Justin had played with the two children, Todd and Amy, before, but not with their adopted brother and sister! Their skin was very dark brown, and their hair was super curly. And they didn’t talk the same way.

“Listen, Justin,” said Mom. “Chika and Udo are both very nice kids. We’re all going to get to know them. So go get ready.”

Justin slowly trudged to his room to find his shoes. Chika and Udo? Even their names were different. This was going to be a terrible night; he just knew it.

Justin’s family drove over to the Martins’ house. Amy and Todd were outside with Chika and Udo, trying to teach them how to play tag.

“Hi,” said Justin as he stood back a little way from everyone.

“Hi, Justin! Wanna play tag with us?” asked Todd. All the kids ran over to where Justin was standing. “We’ve been teaching our new brother and sister how to play.”

Chika waved back and grinned a huge smile. Her teeth gleamed white against her dark skin.

Then Udo said, “Hi!” and smiled, too. “Let’s play tag!” he shouted excitedly as he grabbed Justin’s hand and pulled him into the yard. And off they all went.

Todd was “it” first, so they scattered around the backyard trying to keep away from him. It didn’t take long before Justin got tagged, and it was his turn to be “it.” Amy, Todd, Udo, and Chika laughed and ran and jumped away as Justin chased after them.

Pretty soon Mrs. Martin called the kids in for dinner. They all ran into the house and washed up. Justin sat down at the table beside his mom and dad and bowed his head for prayer. When Mr. Martin said, “Amen,” Chika, Udo, Amy, and Todd all shouted, “Chika! Chika!” 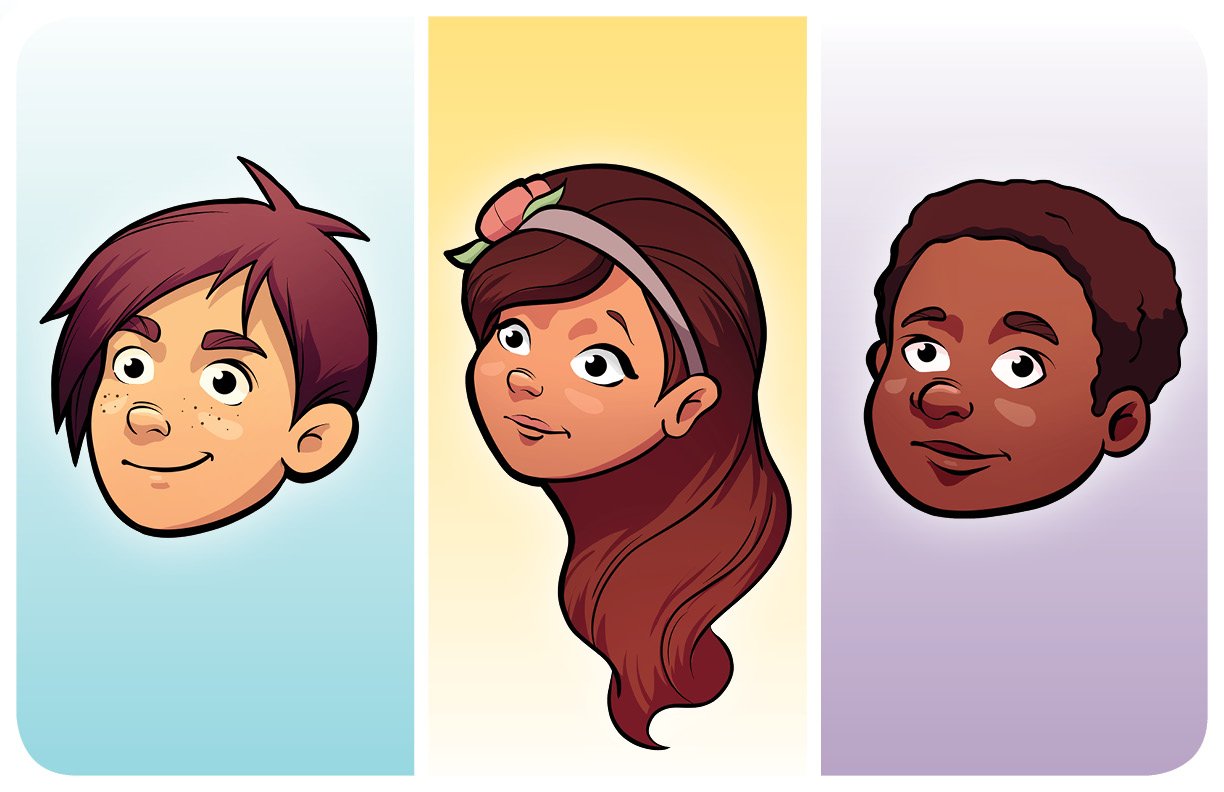 Justin’s mom and dad laughed. “What was that all about?” they asked.

“Oh, chika means ‘God is the greatest’ in their language,” explained Mrs. Martin. “So the kids like to say that after we pray. And since it’s also Chika’s name, that just makes it even more fun.”

They all began eating their dinner of rice, beans, and chicken stew.

“This is delicious,” said Justin’s mom.

“Thank you,” Mrs. Martin replied. “I thought it would be fun to have a dinner like the kids had in Africa.”

While they were eating, Udo handed Justin a plate with something that looked like a big ball of dough. Udo pinched off a piece and held it out to Justin. “You like fufu?” he asked.

Justin scrunched up his face. He’d never heard of fufu before. Mrs. Martin took the plate from Udo and offered it to Justin. “Go ahead and try some, Justin. It’s something they eat in Africa.”

They all watched as Justin tried the fufu. He chewed for a minute, then swallowed and smiled. It was okay, but not his favorite. Then they noticed Ellie. She was gobbling the fufu down!

“Fufu, fufu!” she said as the plate passed away from her. Everyone laughed.

When they were finished eating, Udo asked Justin, “We go play?”

Justin nodded, and all the kids headed outside again. This time they played soccer, which Chika and Udo called football. Udo was really good at running with the soccer ball at his feet. He could even hit the ball out of the air with his forehead! But when it started to get dark outside, it was time for Justin to go home.

Chika and Udo shook Justin’s hand. Udo smiled and said, “You come back and eat fufu with us!”

“I’ll come back, but I don’t know if I’ll eat fufu again,” Justin said as he made a funny face. Chika and Udo laughed. Justin smiled and waved goodbye.

Justin’s family got in the van. As they drove away, Justin watched out the back window as the kids ran down the driveway, waving goodbye.

“I was afraid that Chika and Udo would be really different. But they liked the same games, they laughed the same way, and I could even understand what they were trying to say,” Justin said happily.

“Yep. It doesn’t matter what people look like or how they talk, or even the food they eat, they’re still people. Part of the same human race,” said Mom.

“I’m not talking about a running race,” Mom explained. “I’m talking about all the people around the world. We are all part of the human race. God created every one of us in His own image.”

“And all people came from the first two people,” said Dad.

“So Chika and Udo came from Adam and Eve, too?” Justin asked.

“But their skin is so dark, and mine is so light. How can we all come from Adam and Eve?” Justin wanted to know.

“It’s the truth. We are all brown. We all have something called melanin that God put in our skin. If we have a lot of it, then our skin is dark brown,” said Mom.

“Right. But if you don’t have very much melanin, then your skin is lighter.”

“And if you have medium melanin, then your skin is like Jessie’s, right?” Justin asked.

“You got it!” said Dad. “People are people no matter what shade of brown they have.”

“I like Udo and Chika. They’re just like me,” Justin declared. “And Chika’s name is really cool, too.” 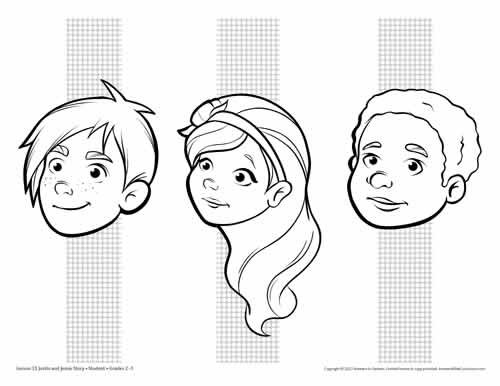 Previous Article I Don’t Understand! Next Article Watch and See