Jeremy and the Tigers

“I’m kinda nervous, how about you?” Justin asked Jeremy. The two boys were riding in the car to soccer practice.

“Oh, I’m okay,” Jeremy replied. “This is just practice. It’s more fun than soccer tryouts. I went to tryouts last week where you do drills and stuff, and the coach watches closely to pick who’ll be on the team.”

“You mean, not everyone will get to play?”

“Nope. Not for the older kids’ team. The coach picks the best players.”

“Oh. Will I get cut from the team today if I’m not good?” Justin looked worried.

Jeremy chuckled. “No. The practice today is for a team that we’re already on. You just go out and do what the coach says and have fun.”

Justin had never played on a team before, so he felt a little scared. Justin thought for a minute then asked, “Jeremy, if you went to tryouts last Saturday, why are you coming to practice with me today?”

“Huh? Oh, well, I don’t know if I’ll get on that team since they’re all older than me. So I’m on this team with you so I can get more practice.”

“If you make the other team, will you still get to play with me?” asked Justin.

“I hope you can still play on this team, too,” said Justin.

They got out of the car at the soccer field and went to the sign-up table for their team called the Tigers. Justin’s dad said hello to the coach, Mr. Martin. His adopted son, Udo, was there, too.

“Hi, Udo!” said Justin. “This is Jeremy. He just moved in down the street from me.” Udo greeted them. When they heard the whistle blow, the team lined up on the field and listened to Coach Martin’s instructions.

For the next hour, they ran around the field in between orange cones, learned to pass the ball, and tried dribbling the ball up and down the field without tripping. Jeremy gave Justin good tips on how to pass and dribble the ball.

Then at the end of practice, everyone took turns shooting the ball past the goalie. Jeremy scored on every shot he took! The other boys missed the net a lot and had to chase the ball. It was hard work!

“Phew! That was a lot of running,” said Justin as he gulped down his water then squirted some on his red face.

“Don’t worry, you’ll get used to it,” Jeremy said, as they walked back to the car.

“How was your first practice?” Justin’s dad asked the boys.

Later that afternoon, Jeremy asked his dad, “What will happen if I make it on the older boys’ team? Will I still be able to play with the Tigers?”

“Hmm. You may have to choose between the two teams if they have games or practices at the same time,” his dad answered.

“I don’t know which team would be best. If I play with the Tigers, I could be with Justin and Udo. But that team has a lot of kids who are younger than me.”

“Yes. But you might be able to teach them a few things like you’ve been teaching Justin.”

“Yeah, I guess that might be kinda fun. But the other team has older guys that I could really learn a lot from.” Jeremy frowned. “Now I don’t know what to do.”

“Well, you know there is someone you can ask to help you with that decision,” Dad said as he pointed his finger up at the ceiling.

Jeremy prayed with his dad and asked God to make it clear which team he should be on.

It didn’t take very long for God to start answering Jeremy’s prayer. After dinner that evening, the phone rang. “Jeremy!” his mom called. “There’s a phone call for you.”

It was the coach of the older boys’ team. He told Jeremy that since so many boys tried out, he took Jeremy off the list because he was the youngest. But Jeremy could try again next year.

After he hung up the phone, Jeremy felt a little disappointed. He really wanted to be on that team. It would’ve been fun to play with older kids. He wasn’t too sure about playing with a bunch of little kids. He was almost eight years old. He would be the oldest boy on the Tigers.

Jeremy told his parents what the coach said on the phone. “Well, I guess God is answering your prayer,” said Jeremy’s dad. “You’ll see. God knows how to work it all out.”

The next day, Justin came bounding up the sidewalk in front of Jeremy’s house. He knocked on the door. Jeremy answered, “Hey, Justin. What’s up?”

“You wanna go outside and kick the ball around? I want to get better at soccer,” Justin said. 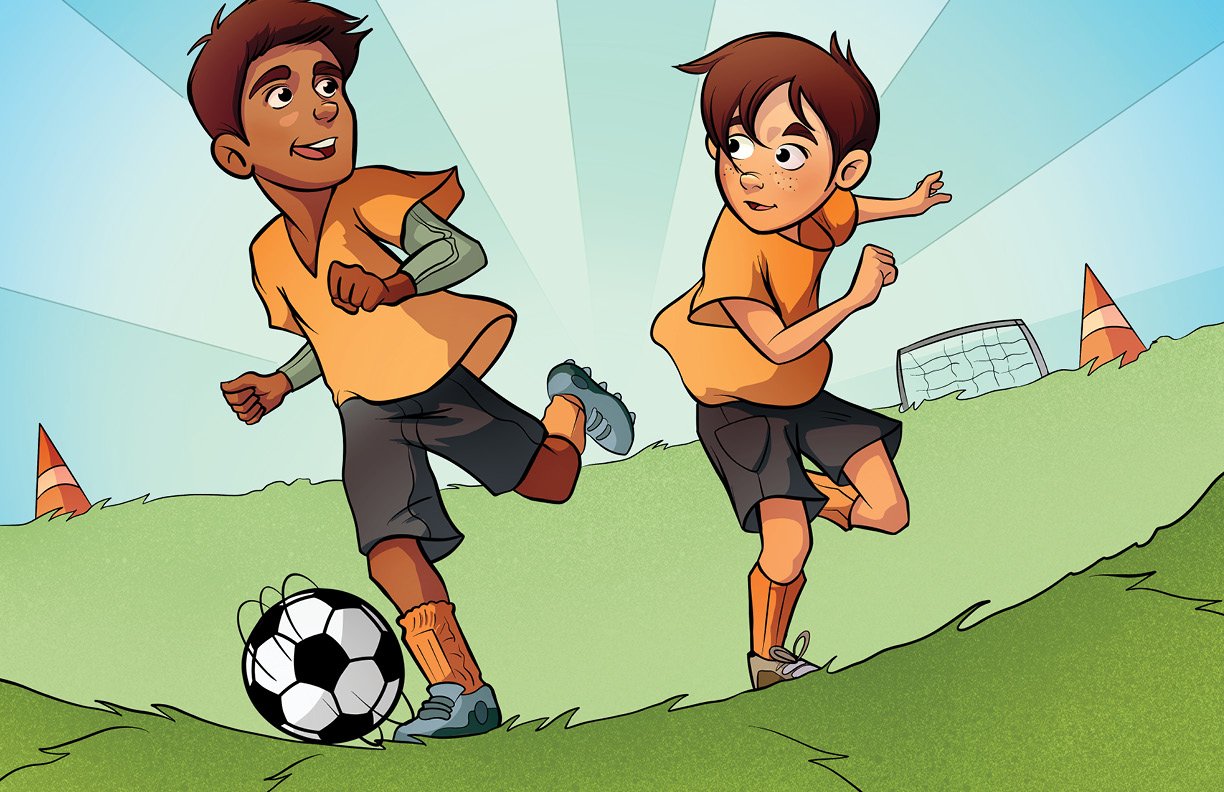 They practiced dribbling, kicking, and passing the ball for awhile. Jeremy gave Justin some pointers he had learned when he played before. When they came inside for some lemonade, Jeremy’s mom handed Jeremy the phone, “It’s Coach Martin. He wants to talk to you, Jeremy.”

Jeremy took the phone. He wondered what Coach Martin wanted to say. He hoped he could still play on the Tigers; otherwise he wouldn’t get to play soccer at all! He swallowed hard then said, “Hello?”

“Jeremy, hello! I just wanted to say that I’m excited to have you on the Tigers this year,” said Coach Martin.

“I also wanted to ask if you would like to help me coach the younger kids,” Coach Martin went on.

“What? What do you mean?” Jeremy asked.

“I saw how you were helping other kids at practice. I think you could show some of them how to work with the ball better. Will you be my assistant? You can still play, of course, but you’d be a big help to me since you’re the oldest.”

“Excellent! If you want, you could stay a little longer after practices, and I could show you some special drills that will help you make the older team next year.”

That evening when his dad got home, Jeremy told him what Coach Martin said.

“It sounds like God answered your prayer,” Dad said as he patted Jeremy’s shoulder.

“Yeah,” said Jeremy. “I’m sure now that God wants me to be on Coach Martin’s team. And I’ll do my best to help the other kids, too.”

“That sounds like an excellent plan,” his dad said. “Goooo Tigers!” 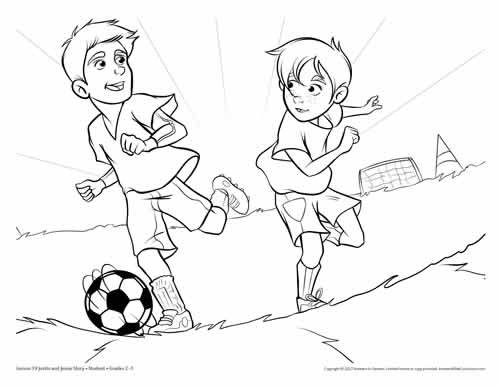