(Continued from last time . . . while Justin and his dad were out fishing at the lake, this is what was going on at home.)

“Well, hello there, Jessie,” said Justin’s mom as she opened the back door.

“Hi, Aunt Kristi! I’m ready to help take care of Ellie now,” Jessie said as she came in. Justin’s mom had asked Jessie to watch Ellie for her so she could get some sewing done since Justin and his dad would be gone all day on a fishing trip.

Jessie skipped into the kitchen where Ellie was busy taking pots and pans out of the cupboard.

“I help!” said Ellie as Jessie sat down on the floor beside her.

“That’s great,” laughed Jessie. “How ‘bout if we put them back in for your mommy.”

“No! Not done,” Ellie said and pushed Jessie’s hand away. She pointed to a pan way in the back of the cupboard. “That one!” Ellie crawled halfway into the cupboard to reach the last pan then pulled it out. “All done!” she declared with a smile.

“You silly girl,” giggled Jessie as she helped Ellie put all the pots and pans BACK into the cupboard.

All day long, Jessie followed Ellie around as she went here, there, and everywhere looking for things to do. They played in the sandbox, rocked their baby dolls to sleep, colored pictures with crayons, and ran around in circles until they both got dizzy and fell down, giggling at each other. 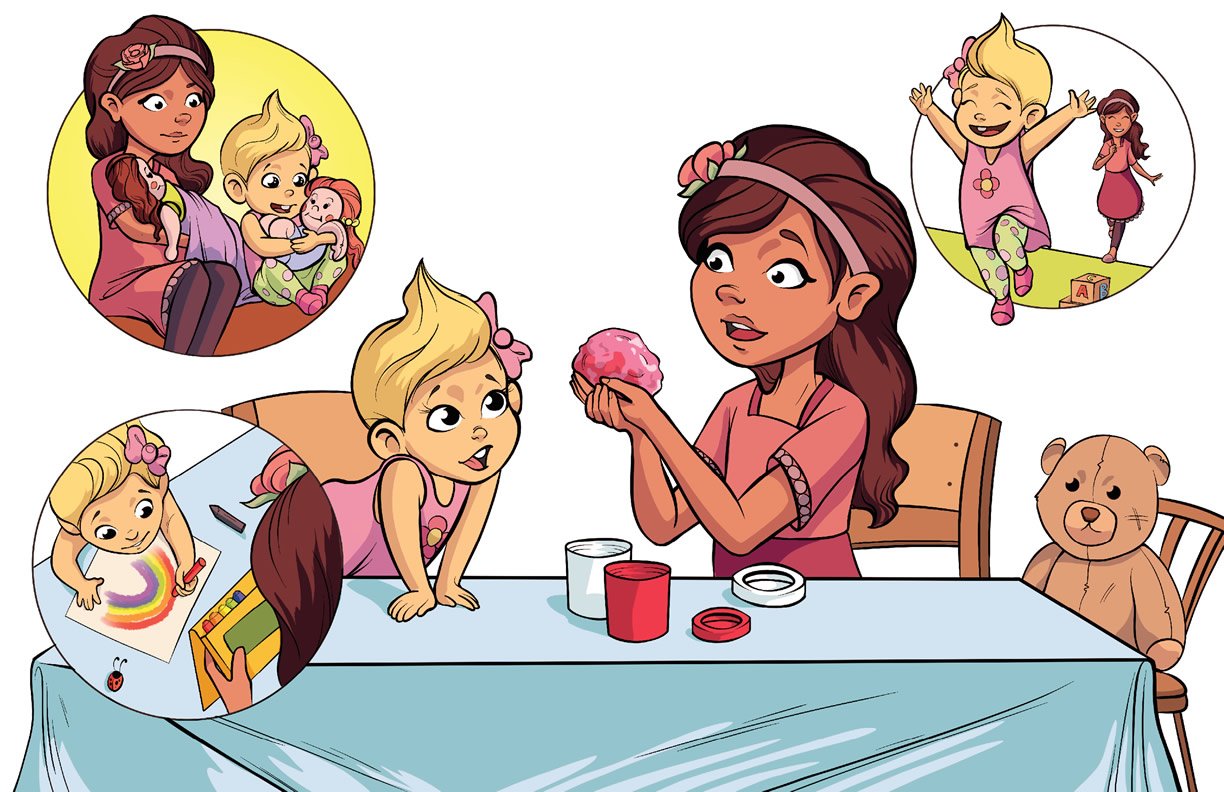 After Ellie’s naptime, the two girls went into the family room and got out the play dough. “What color do you want?” Jessie asked.

“Oh, we don’t have pink,” Jessie looked in all the containers. “Nope, no pink play dough.”

Jessie showed Ellie how to mix the two colors of play dough together. “There, see? Now it’s pink,” Jessie held up the big ball of pink play dough.

“Hey, Jessie! Guess what!” Jessie turned to see Justin running into the room. He had just come home from his fishing trip and had a huge smile on his face.

But suddenly he screeched to a stop. “What did you DO?!” he yelled.

“What did you do with my new white play dough?” asked Justin as he scowled at Jessie.

“Well, Ellie wanted pink, so I showed her how to make pink out of white and red,” Jessie explained.

“But that was mine. I was going to make a big polar bear with that!” Justin shouted again.

“What’s going on here?” Justin’s dad came into the room when he heard the shouting. Jessie explained what happened.

“I see,” said Justin’s dad. “Justin, do you see how the red mixed into the white play dough and changed it all into something different?

“You know what?” said Dad. “That reminds me of how sin works.”

“Sin?!” Jessie and Justin asked at the same time.

“Yes. We’ve read in the Bible how sin came into God’s perfect creation and corrupted it. That means it ruined the creation so it wasn’t perfect anymore, just like the red play dough mixed into the white and changed it.”

“Yeah, it used to be good, and now it’s not,” said Justin with a grumpy look. “It’s ruined. I can’t make a pink polar bear.”

“Well, we can get some more white play dough for a polar bear,” said Dad. “But what about sin? When we stay angry at someone, it is sin. If you stay angry at Jessie, that sin will corrupt your friendship and ruin it like it ruined God’s creation. Is that what you want?”

Justin thought for a minute. He looked at Jessie, then looked at the play dough. He was mad that his play dough was ruined, but he still wanted Jessie to be his friend.

“I’m sorry, too,” said Jessie. “I didn’t know you were saving the white play dough for something special.”

Justin smiled a little. He had such a great day fishing with his dad, and he didn’t want that to be ruined by staying angry at Jessie.

“Pink bear! Pink bear!” said Ellie as she clapped her hands and bounced up and down.

“Okay,” laughed Justin. “I guess I CAN make a pink polar bear—for Ellie,” he said as he sat down and began shaping the big wad of play dough into a roly-poly, PINK polar bear. 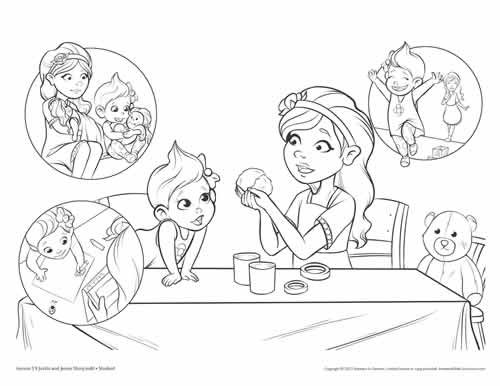