In a response to Wood’s reply to a baraminology paper by O’Micks, O’Micks made several comments concerning the geology and taphonomy of the Dinaledi Chamber, which contains the recently described remains of Homo naledi. Notably, O’Micks argues that the fossils were probably not intentionally buried by humans, but that they were possibly deposited in a cave via a catastrophic flood. Nevertheless, a close examination of the sedimentology and taphonomy of the site reveals data that are inconsistent with rapid, hydrodynamic deposition. As it stands, the best hypothesis for the origin of the H. naledi assemblage in the Dinaledi Chamber is still intentional burial/disposal by other H. naledi, which implies that H. naledi is human.

The description of the new taxon Homo naledi (Berger et al. 2015) from abundant fossils in a cave in South Africa caused quite a stir both in the conventional and creationist literature. The first two baraminological analyses to include H. naledi both placed it within the human holobaramin (O’Micks 2016a; Wood 2016a). However, a more recent study by O’Micks (2016b), this time including postcranial data, excluded H. naledi from the human holobaramin. Although this analysis was conducted on a more holistic character set than the first two, Wood (2016b) challenged the results of this study because of the small taxon sample size, which can result in spurious baraminic distance correlations not found in larger taxon samples. O’Micks (2016c) responded to this reply by positing that: 1) statistical baraminology is insufficient for assigning baraminic status to a species, 2) H. naledi might represent a chimaeric taxon, 3) H. naledi remains were not intentionally buried in the Dinaledi Chamber, and 4) H. naledi is likely not a human because of its small cranial capacity.

This reply to O’Micks addresses claims related to the geology and taphonomy of the deposit containing H. naledi. O’Micks is not alone in questioning the burial hypothesis for the origin of the H. naledi assemblage (Thackeray 2016; Val 2016), which was originally put forward by Dirks et al. (2015). Berger, Dirks, and their colleagues have responded to these criticisms of their model (Dirks et al. 2016a; Randolph-Quinney et al. 2016) and have insisted that the burial hypothesis is the best model as it takes into account all of the data. I will not review all of the geological and taphonomic data concerning the Dinaledi Chamber, and interested parties should consult the original description (Dirks et al. 2015) as well as a thorough discussion from a young-earth creationist perspective (Wise 2016).

O’Micks suggested that since the Genesis Flood caused massive fossil graveyards all over the world, then it is possible that 15 individuals could be deposited in a hard-to-reach portion of a cave in a similar way. Although the date for these fossils is currently unknown, a Pliocene-Pleistocene age (5–0.02 Ma according to the conventional timescale) is expected (Hawks and Berger 2016). Indeed, there is good evidence to suggest that the caves themselves are very recent (<4 Ma according to the conventional timescale), which necessitates that the fossils they contain must be even younger (Dirks et al. 2016a). Many young-earth creationist geologists consider Pliocene-Pleistocene sediments to be post- Flood (e.g., Austin et al. 1994; Brand 2009; Ross 2012; Snelling 2009) which rules out the possibility that the H. naledi remains could have been deposited by the Genesis Flood.

It is important to note that there are no elements from any non-hominin macrovertebrate fauna in the deposit as would be expected in a hydrodynamic deposition or biogenic concentration due to carnivores (Randolph-Quinney et al. 2016). In addition, there are no taphonomic marks (e.g., abrasion, tooth traces, or trampling marks) on the bones to favor either of these scenarios (Dirks et al. 2015).

O’Micks stated that the percentage of bone survival and fragmentation patterns of the bones are not what would be expected given a burial. These points are repeated from Val (2016). Dirks et al. (2016b) addressed these issues by noting that most of the deposit is still unexcavated, so it is difficult to make an assessment as to the true percentage of bone survival. In addition, the bones were likely to break since they never fully mineralized. The lack of complete mineralization left the bones very fragile. During the reworking process, induced by wetting and drying cycles combined with creep, bones would move and fragment.

O’Micks suggested that H. naledi may be a chimaeric taxon, including bones from animals and humans. Given the difficulty for biogenic and abiogenic agents to add specimens to the chamber, as well as the lack of non-hominin macrovertebrate remains in the deposit, this proposal seems unlikely. In addition, O’Micks was incorrect in stating that humans do not tend to bury their dead alongside animal remains. This is demonstrated by the large number of such cases in the archaeological record, from Egyptians mummifying animals alongside their pharaohs to Iberians burying their dead with animal grave goods.

The best explanation for the H. naledi assemblage that takes into account all of the sedimentological and taphonomic data currently known is that these individuals were placed into this chamber intentionally by other H. naledi. Intentional burial lends credence to the hypothesis that H. naledi is a human being.

O’Micks, J. 2016a. “Preliminary Baraminological Analysis of Homo naledi and Its Place Within the Human Baramin.” Journal of Creation Theology and Science Series B: Life Sciences 6: 31–39.

Snelling, A. A. 2009. Earth’s Catastrophic Past: Geology, Creation, and the Flood. Dallas, Texas: Institute for Creation Research.

Val, A. 2016. “Deliberate Body Disposal by Hominins in the Dinaledi Chamber, Cradle of Humankind, South Africa?” Journal of Human Evolution 96: 145–148.

Wood, T. C. 2016a. “An Evaluation of Homo naledi and ‘Early’ Homo From a Young-Age Creationist Perspective.” Journal of Creation Theology and Science Series B: Life Sciences 6: 14–30.

Previous Paper Debunking the Debunkers Next Paper Identifying Humans in the Fossil Record: A Further Response to O’Micks 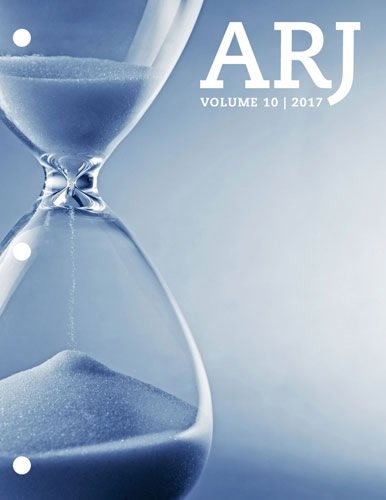