According to Bob Dylan, “All the truth in the world adds up to one big lie.”1

Is it really that depressing? Is there no hope of finding any certainty?

Most people are a little more optimistic in their outlook. Nevertheless, many today would doubt the idea of absolute truth, and would share the views of Irish playwright Oscar Wilde when he wrote, “The truth is rarely pure and never simple.”2

Children are growing up in a very uncertain world. Their questions are often met with confusing or vague replies.

Is there a God?

Where did everything come from?

—The Big Bang triggered everything—before that we can’t say for sure.

How do I know what’s right and what’s wrong?

—There’s no absolute morality, so just do what feels good to you.

What happens when I die?

—Probably that’s the end, but no one knows for sure.

It seems that truth has become a somewhat dirty word, or at least a corrupted one. In its place we are left with a whole lot of uncertainty.

Jesus came into the world to “bear witness to the truth.”

Jesus tells Pontius Pilate that He has come into the world to “bear witness to the truth ἀλήθεια (alḗtheia)]”3 (John 18:37). Notice that He says, “the truth,” not any old truth. Jesus adds, “Everyone who is of the truth hears My voice” (John 18:37). Again, notice it’s “the truth,” something definite—not vague. Jesus has come to proclaim and confirm the truth to those who are seeking for the truth.

Pilate responds with the famous rhetorical words, “What is truth?” (John 18:38). This time, the Greek is indefinite.4 So, there we go again, off into the realms of obscurity.

But thankfully, there are answers to Pilate’s question—definite, enduring, trustworthy answers.

Truth in the Bible

The concept of truth is referenced more in the New Testament than in the Old Testament, even though it constitutes just one quarter of the Bible.5 This should not come as too much of a surprise to us, since the New Testament is primarily about Jesus, who:

The Bible identifies truth as a quality intrinsic to the very nature of God.

Of course, this does not mean that the Old Testament is not concerned with truth—merely that the New Testament has a special emphasis on the truth of Jesus. We can see right at the outset that the Bible identifies truth not simply as the absence of lies but as a quality intrinsic to the very nature of God, as was fully manifested in His Son Jesus Christ. Jesus not only spoke true words—He was, and is, the ultimate expression of truth. 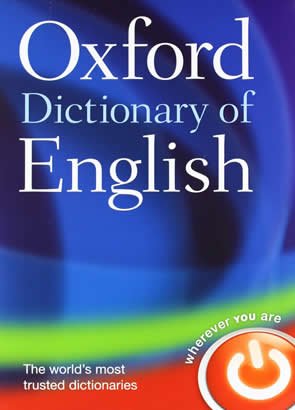 The Oxford Dictionary of English contains the following definitions:

Notice that the Old English meaning of true was “steadfast, loyal,” and truth meant “faithfulness, constancy.”6 The concept of loyalty and faithfulness is still preserved in expressions such as “a true friend” or “being true to” something (e.g., oneself; or one’s word, promise, or convictions).7

This statement from the late Dr. Hans Wildberger,8 former professor of Old Testament at the University of Zurich, may at first seem shocking, especially if taken in isolation. After all, doesn’t the Bible—the Old Testament of which was written primarily in Hebrew—claim to be truth?

Wildberger reassures us: “This phenomenon does not mean that Hebr[ew] does not have a concept of truth, but that its concept of truth is indissolubly joined with the notion of dependability” (ibid).

Certainly, as Figure 1 demonstrates (particularly the NIV 2011),9 the clear evidence from 127 occurrences of the Hebrew term אֱמֶת (ʾěmeṯ) in the Old Testament is that it meant both

Figure 1 shows how the 127 occurrences of אֱמֶת (ʾěmeṯ) in the Old Testament are translated in four popular Bibles.

It’s quite common for a Hebrew term to carry more than one shade of meaning like this. Perhaps the nearest English word that might act as an umbrella term for both “faithfulness” and “truth” would be “dependableness,” where faithfulness is dependableness of character in general, and truth is more specifically dependableness of word, speech, or information.

Truth is that which is constant and unchangeable.

So rest assured. The Bible is indeed truth. But it’s important to understand how it defines “truth.” The late Dr. Alfred Jepsen,12 former professor of Old Testament at the University of Greisfwald, puts it this way: “Truth is that which is constant and unchangeable . . . something on which someone can rely, which will prove to be true in the future” (Jepsen 1977, in TDOT, p. 310). So we can add “unchangeableness” and “reliableness” (or “reliability”)13 to “faithfulness,” “constancy,” and “dependableness” (or “dependability”),14 as words that convey the core meaning of biblical truth.

If you stop to ponder for a moment, this definition actually strengthens what truth means. You see, many people today understand “truth” simply as “something declared to be a fact by science.” The problem with this is that scientists can be wrong.15 There are many instances of scientific “truths” or beliefs published as “fact” in papers, journals, books, classroom textbooks, and the media, that later prove to be partially or completely erroneous. For example, prior to the famous discovery in 1938 of a living Coelacanth fish, scientists had previously thought and asserted that it had been extinct for millions of years.16 But there are plenty of other recent examples. The New York Times Sunday Review ran an opinion piece in 2011 entitled, “It’s Science, but Not Necessarily Right.”17 More recently still, the LiveScience website reported that “an increasing number of scientific studies are just plain wrong and are ultimately retracted . . . most involving no blatant malfeasance, but others are due to cooked data.”18,19 On the other hand, honest scientists who publish tentative, non-dogmatic findings, can sometimes have their conclusions inflated to the level of proven “facts” in the media, accompanied by sensationalist headlines.

A Better and Higher Standard

The Bible has a better and higher standard. It defines truth as being utterly reliable and enduring. The reason is simple: authentic, biblical truth is inextricably linked to the dependable, unchanging character of God. You can trust everything He says; He never lies; He always keeps His Word; He’s faithful to all His promises.

King David calls the Lord, “God of truth” (Psalm 31:520). And He most certainly is the source of “truth” in the modern sense of the word, since He cannot lie (Numbers 23:19; Romans 3:4; Titus 1:2). But more than this, and the very reason for His truthfulness, is that He’s completely faithful and reliable in all He does and says. It’s not simply because God is truthful, but because God is faithful and trustworthy in very nature that David is able to say with confidence: 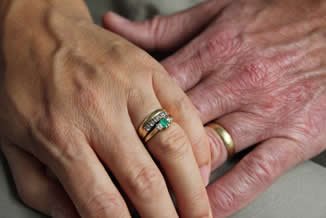 Faithfulness and integrity are, sadly, in rapid decline.

The British government claimed that re-defining marriage to include same-sex couples would help ensure the ongoing relevance and vibrancy of the age-old institution.24 Indeed, when the bill was being debated, the Prime Minister’s “three most senior lieutenants”25 boldly urged colleagues not to oppose it, arguing,

Marriage has evolved over time. We believe that opening it up to same-sex couples will strengthen, not weaken, the institution.26

The falsity of this claim was made abundantly clear from comments made by Baroness Stowell, as The Telegraph newspaper reported:

Baroness Stowell, who speaks for the Conservatives in the Lords on equalities issues, said it was “open to each couple” to decide whether or not it was necessary to be faithful to each other . . . . She insisted that it was not up to the law to enforce marital fidelity and that people should decide “within their own relationship” whether or not cheating matters.27

So there you have it! The UK government has officially abandoned the 7th Commandment (Exodus 20:14; Deuteronomy 5:1828). Instead of God’s definition of truth and faithfulness, they prefer to let man decide whether fidelity and integrity matter, opening a Pandora’s box of social disintegration.29

The world, in self-deception, thinks itself the new master of “truth,” recklessly reforming moral standards according to humanistic and hedonistic philosophy, and calling it “good”; while all along hypocritically abandoning genuine biblical truth and faithfulness, as if they were bad or inferior.

Justice is turned back, and righteousness stands afar off; for truth is fallen in the street, and equity cannot enter. So truth fails, and he who departs from evil makes himself a prey. Then the Lord saw it, and it displeased Him that there was no justice (Isaiah 59:14–15).30

Disturbingly, some of the strongest revisionists are church leaders.31 But their stance cannot be supported by Scripture.32 Jesus, whom even many non-Believers admit was a great teacher, taught on the sanctity of marriage between a man and his wife (Matthew 19:5–6). He would certainly not endorse same-sex marriage.

The Foundation of Truth

T.F. Torrance, described as “the most significant theologian of the late-twentieth century,”33 maintained,

It is the steadfastness of God which is the ground of all truth. Primarily, truth is God’s being true to Himself, His faithfulness or consistency (1957, p. 112).34

The faithfulness of God is the foundation of all truth.

Jepsen explained, “Yahweh is the God in whose word and work one can place complete confidence” (1977, in TDOT, p. 313). Ken Ham (2008, pp. 114–115, “Debate Terms”) reasons, therefore, that Christians should never abandon the Bible in an attempt to engage non-Christians in a debate on “neutral” ground about “objective” facts.35 To do so would be a bit like attempting to examine some visual evidence in a dark room, without flicking the light-switch. God’s Word “is a lamp . . . and a light” (Psalm 119:105), which provides understanding to those who seek it (Psalm 119:169). In contrast, those who shun His revelations flounder and stumble in darkness (Psalm 82:5). The “Everlasting God” (Genesis 21:33), who is the “God of truth” (Psalm 31:5), is the only completely reliable source and effective reference point for true enlightenment, knowledge and wisdom.

Science, when properly defined as knowledge,36 or the quest for knowledge, is based on the biblical premise of the existence of absolute, unalterable truths. As we’ve already heard, “Truth is that which is constant and unchangeable . . . something on which someone can rely, which will prove to be true in the future” (Jepsen 1977, in TDOT, p. 310). This definition of truth, upon which all good science is founded, ought to engender humility, as we acknowledge that only time will tell if our fallible understanding and hypotheses are correct. Indeed it’s a great irony that the discipline of science—which so many people view as the ultimate standard-bearer of truth—is in fact in a perpetual quest for yet more understanding, and a constant state of not-yet-knowing-everything.37

In Part 2 we will get to grips with biblical truth, as we examine Scriptures in light of the underlying Hebrew and Greek words.

Previous Article Why Study Hebrew Words? Next Article How Does Biblical Truth Apply to the Character of God?