What is Arbor Day and how should Christians perceive it? Let’s consider the prominent role of trees in God’s plan, from the Bible’s first pages to our modern ecosystems—and even in the gospel.

In 1854 two pioneers arrived in Nebraska Territory after making the long trek from Detroit, Michigan.1 Missing the trees and forests of home, J. Sterling Morton and his wife planted trees, shrubs, and flowers around their property. Soon Morton, the editor of a Nebraska newspaper, was urging his neighbors to plant trees as windbreaks, to keep soil from eroding away, for shade, for fuel, for building materials, and simply for beauty. As the idea caught on, people began planting and caring for trees.

Eventually, after Morton became a member of Nebraska’s state board of agriculture, he was able to influence more people to plant trees.2 On April 10, 1872, at Morton’s suggestion, the state celebrated its first Arbor Day, and eager individuals and counties planted over one million trees. Eventually Arbor Day was adopted by other states, and in 1970 President Richard Nixon declared the last Friday in April to be National Arbor Day. This holiday is still celebrated though on different days, depending on the state, to coincide with the best tree-planting weather. Other countries have even adopted this tradition. 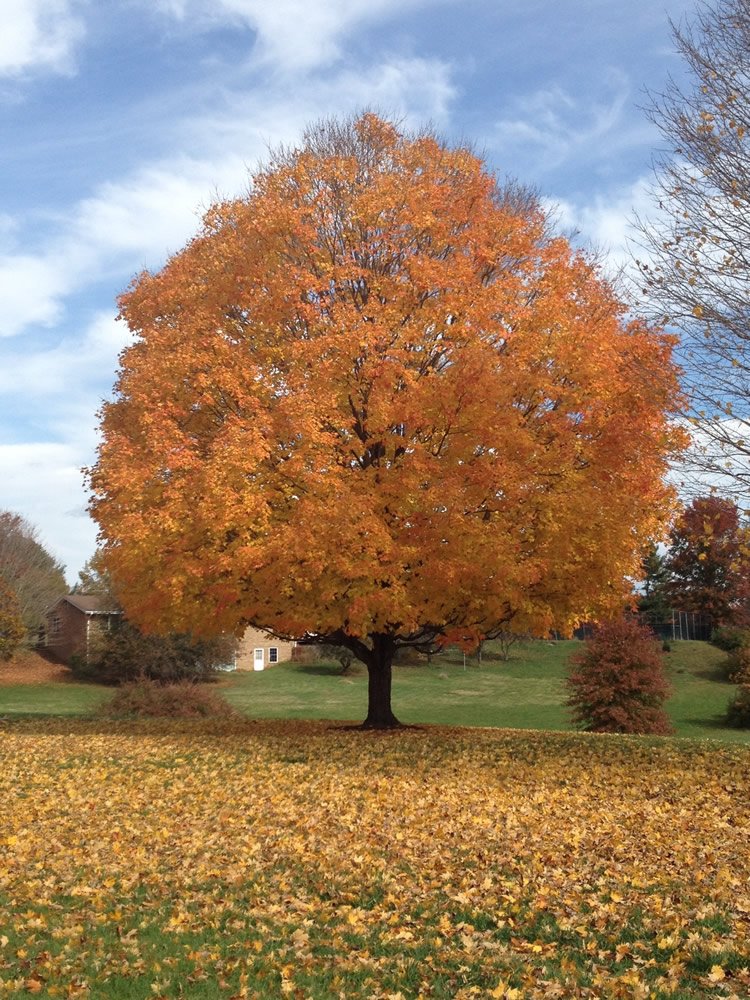 Most of us don’t often actively think about trees. They might cross our mind when they explode in vibrant color in the autumn season or when spring brings a wreath of fruit blossoms to brighten the landscape. But whether you realize it or not, trees are quietly providing mankind with many benefits besides their aesthetic appeal.3

Trees are quietly providing mankind with many benefits besides their aesthetic appeal.

Did you know that planting a few trees around your house could save you money? The shade provided by the trees helps cut the use of air conditioning, saving you money and conserving energy. Trees planted around a city can even cool the city up to ten degrees Fahrenheit by shading homes, sidewalks, and businesses and by releasing water vapor into the air. During the winter, deciduous trees lose their leaves and let that warm sunlight come through when we want it most—a brilliant design indeed. And any evergreens planted near your house serve as windbreaks, to keep the cold winter blasts from hitting your house full force.

In addition to removing the carbon dioxide, trees also absorb odors and even pollutant gases such as nitrogen oxides, ammonia, sulfur dioxide, and ozone from the air. Their leaves and bark can trap particulates out of the air making it cleaner and less polluted.

When rain falls and hits a tree, it runs down the trunk and into the ground at the base of the tree. This prevents it from flowing down a drain, carrying pollutants with it. When planted on hillsides or other slopes, tree roots prevent erosion and runoff by holding the soil in place.

Trees in God’s Plan of Redemption

Trees have a special place of prominence in the first chapters of the Bible. When God planted the very first garden in Eden, the Bible doesn’t say it was filled with flowers, vegetables, or herbs. Though no doubt these and other plants added to the flora of Eden, Genesis 2:9 emphasizes trees as the focus of God’s design for beauty and productivity. 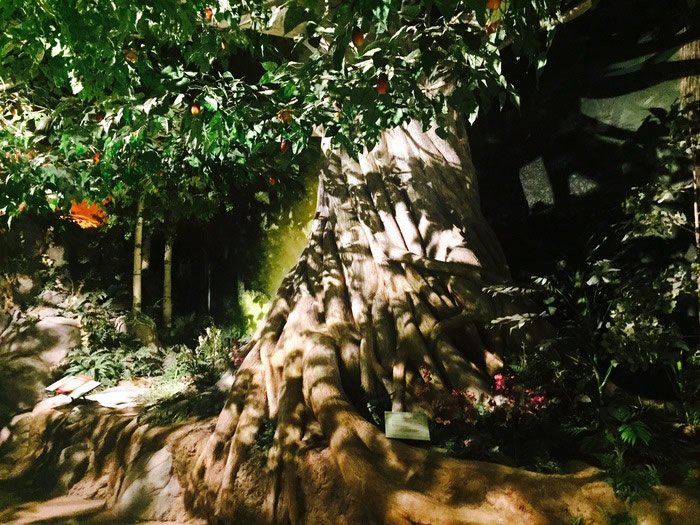 The Tree of Life in the Garden of Eden exhibit at the Creation Museum.

The sinless Creator of the world took the penalty of our sin upon Himself as He died nailed to a cross made from a tree. Three days later He rose from the grave, and now He offers forgiveness and eternal life to all who will believe (John 3:16; Romans 10:9). The tree of life from Genesis 2 shows up again in the last chapter of the Bible, in John’s glorious vision of the New Jerusalem where the curse of sin is no more (Revelation 22:2).

As Christians, we are called to be good stewards of what God has given to us. God originally commanded mankind to “subdue” and have “dominion” over the earth (Genesis 1:28). Taken with the rest of the testimony of Scripture, this means we should care for the earth to bring glory to God through what He has made. Even the first man, Adam, was tasked with tending and keeping the trees in the Garden of Eden (Genesis 2:15). In keeping with God’s command to care for the earth, Christians should encourage planting and tending to trees, and should make other efforts to conserve creation.

Here at the Creation Museum, we have beautiful botanical gardens featuring many different kinds of trees and other plants. One beautiful type of tree featured throughout the gardens is the ash tree, native to Northern Kentucky. In our area of the United States, ash trees have been hit hard recently by the emerald ash borer, a type of beetle whose larvae kill ash trees by burrowing under the bark. This kind of destructive insect behavior is a sad reality of living in a fallen world. As a part of caring for our ash trees here at the Creation Museum, we have them treated to ensure they won’t be destroyed by an ash borer infestation. 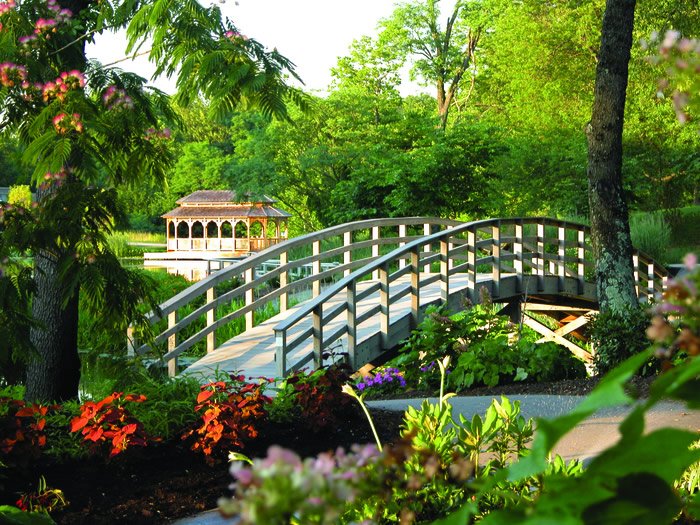 We have also taken care to be good stewards of natural resources at the Ark Encounter, our life-size Noah’s Ark project opening July 7. The huge timbers used as lodge poles in the center of the Ark came from standing dead timber in beetle-infested forests. Much of the other timber and lumber required for the Ark was harvested from carefully managed renewable forests.

Praising Our Creator for His Gifts

As we celebrate Arbor Day, we need to stop and give thanks to the Creator who gave us trees and everything else. Thanks to His gracious provision, we enjoy the numerous benefits of trees growing around the world. Next time you are enjoying a picnic in the shade of a mighty oak, exploring the colors of autumn in the woods, or savoring the delicious scent of a hot apple pie, take a moment to stop and thank your Creator for the good and perfect gifts that He graciously gives us (James 1:17).