Did Velociraptor Hunt in Packs? Research Says No 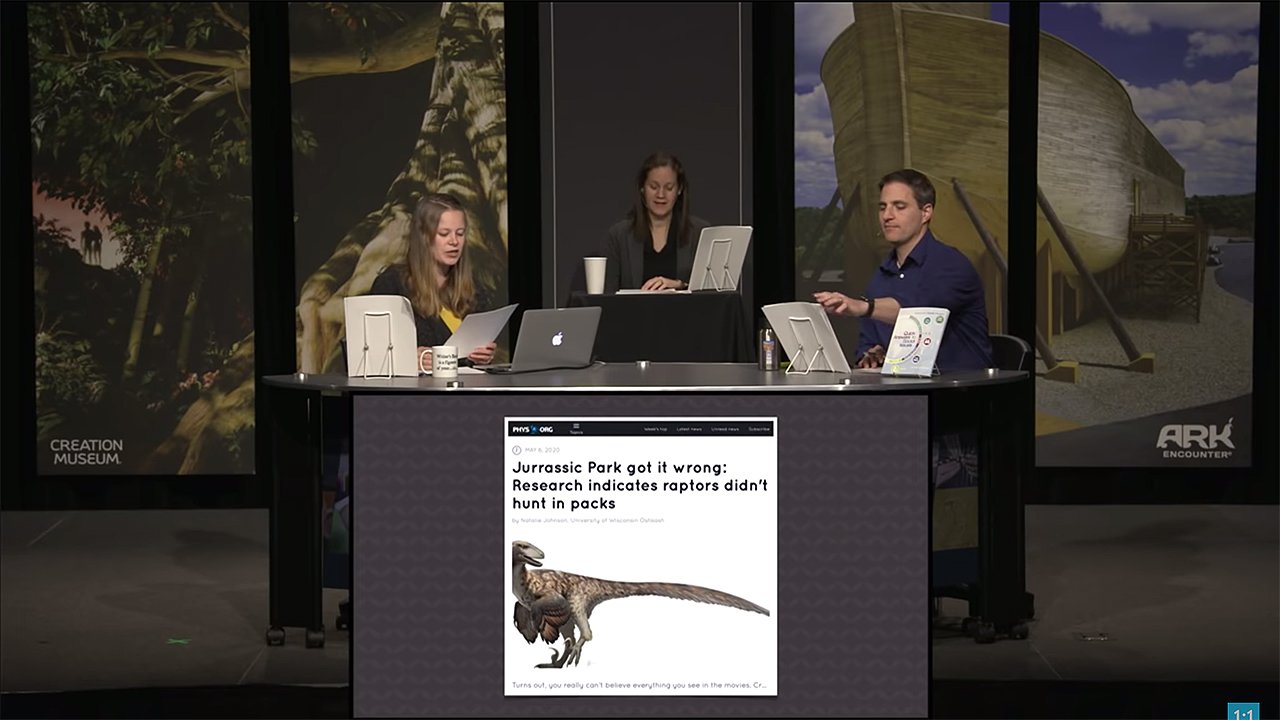 Velociraptors are a very popular dinosaur, largely thanks to the Jurassic Park movie franchise and novel. In the movies, these dinosaurs are depicted as hunting together in packs, taking down prey much larger than themselves. But is this actually an accurate picture of the reptiles? Well, a new study says no. Now, keep in mind that such studies are conducted in a fallen world and not within the context of a biblical worldview perspective—i.e., of a perfect world originally where all animals and humans were vegetarian and there was no death, disease, or bloodshed.

Crocodilian babies (reptiles, like dinosaurs) eat different food from their parents because the parents do not care for them. The same goes for Komodo dragons (the largest of the lizards). This study looked at fossil teeth from crocodilians found in the same layers as velociraptors and determined, based on chemical analysis, that the babies of both ancient crocodilians (like their modern counterparts) and velociraptors ate different foods from their parents. This suggests that velociraptors did not care for their young, which, they argue, suggests they did not hunt in packs.

Since behavior is not fossilized, scientists must use indirect methods to try and determine how now-extinct creatures behaved.

Since behavior is not fossilized, scientists must use indirect methods to try and determine how now-extinct creatures behaved. This is difficult and frequently results in new studies overturning previous studies. It’s also why these kinds of research efforts are filled with inferences and “slippery” words. Since no one alive today observed velociraptors, and there are no written records of how they behaved, we must make inferences from the fragmentary fossil evidence that we have.

Is this good or poor science? Well, it’s “historical science” and thus has limitations and assumptions, and so is fallible. But the inferences are reasonable. They are directly using the evidence they have in the present and comparing it to similar fossil evidence to draw inferences about the past. Now, this is different from what the lead author of the paper gave as another evidence against the Velociraptor pack hypothesis:

The problem with this idea is that living dinosaurs (birds) and their relatives (crocodilians) do not usually hunt in groups and rarely ever hunt prey larger than themselves. (emphasis added)

He argues that dinosaurs are birds and birds don’t hunt in packs, so velociraptors probably did not either. Now, this is poor science as he ignores the massive physiological differences between birds and dinosaurs and assumes evolution is fact. Then he uses his dinosaur-to -bird belief in evolution to interpret fossils in regard to the past. The “dinosaurs are birds” idea is not based on evidence—it’s an evolutionary relationship forced onto the evidence. It’s not an observation of the evidence to draw a conclusion—it’s a belief system that is imposed on the evidence.

We’ve never observed one kind of creature changing into another kind.

This item was discussed yesterday on Answers News with cohosts Avery Foley, Bryan Osborne, and Dr. Gabriela Haynes. Answers News is our twice-weekly news program conducted here at the Creation Museum and broadcast on my Facebook page and the Answers in Genesis Facebook page. We also covered the following topics: