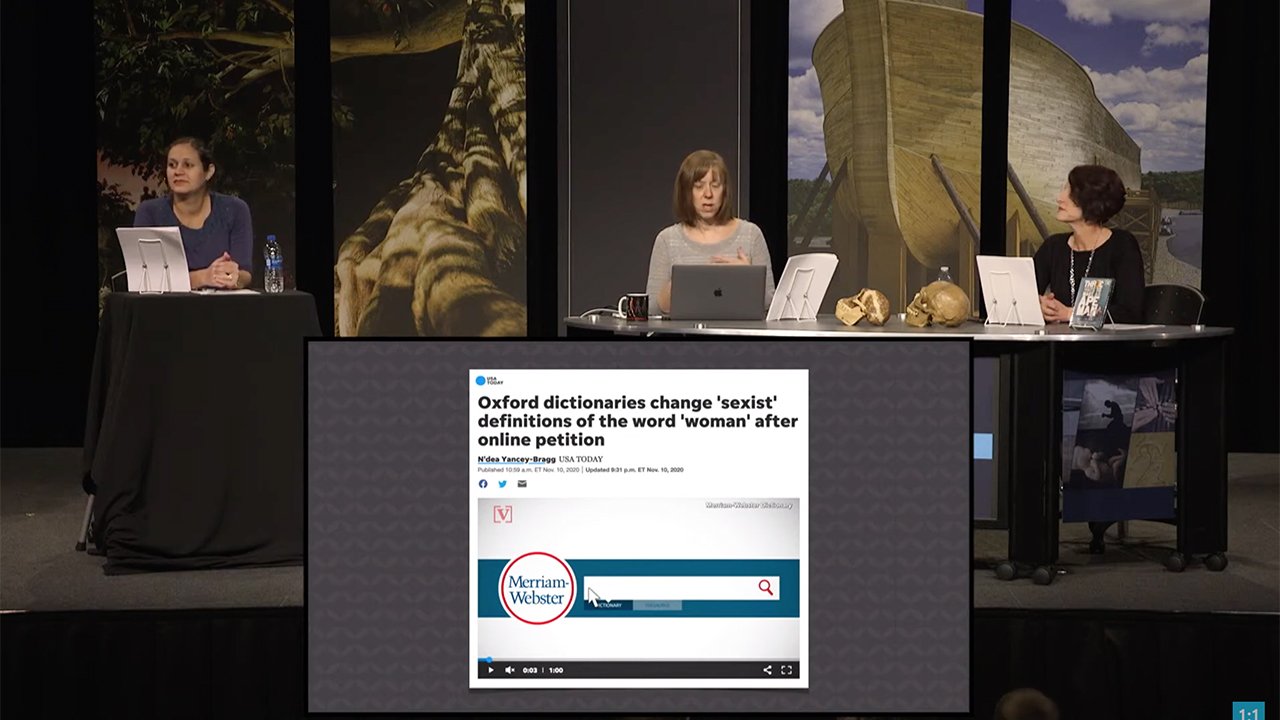 What is man and what is woman? Well, if you go by the dictionary definition, what defines a man and a woman has just changed, as the Oxford University Press has updated its definitions, primarily to be more “inclusive” of those who identify as LGBT. It’s another sign of the moral—particularly the sexual and gender—revolution, which is grounded in evolutionary naturalism, atheism, and humanism, sweeping through our culture. And, it’s also anti-science.

After a petition gained more than 34,000 signatures, Oxford University Press reviewed its definition of the word woman and either removed or labelled certain synonyms as “offensive, derogatory, or dated.” Some of those terms are indeed offensive and vulgar, but they didn’t stop there. They then went on to add that a woman “can be ‘a person’s wife, girlfriend, or female lover,’ not only a man’s.” Similarly, the definition of man has been updated from “a woman’s” to “a person's husband, boyfriend, or male lover.”

Clearly Oxford University Press is bowing to the demands of the small, but very vocal, minority in our culture that wants to force everyone to affirm and celebrate the LGBT worldview.

Clearly Oxford University Press is bowing to the demands of the small, but very vocal, minority in our culture that wants to force everyone to affirm and celebrate the LGBT worldview. In a statement, Oxford wrote “Our dictionaries reflect, rather than dictate, how language is used . . . This is driven solely by evidence of how real people use English in their daily lives.” In other words, they made these changes because this is how the English language is evolving. And as goes the language, so goes the culture. But it’s really people’s morality that is “evolving,” as more and more people reject the absolute authority of God’s Word and science as they redefine man and woman, male and female.

As Christians, we don’t get our definition of what a man or woman is from the culture or the dictionary—we get it from God’s Word. And Scripture and science (e.g., sex chromosomes for male, XY, and female XX) are clear that there is only male and female, and sexuality is designed for one man and one woman in the lifelong covenant relationship of marriage; all the other genders and sexual identities our culture has invented are the products of sinful desire, not God’s original design.

As our culture, influenced by an utterly pagan and godless worldview that is grounded in evolutionary naturalism, continues to lurch further from God’s Word (and demonize those who won’t join in the revolution), we, as believers, must hold fast the Word of truth entrusted to us and boldly share the gospel with a dark and dying world.

This item was discussed today on Answers News with cohosts Dr. Georgia Purdom, Dr. Gabriela Haynes, and Dr. Jennifer Rivera. Answers News is our weekly news program conducted here at the Creation Museum and broadcast on my Facebook page and the Answers in Genesis Facebook page. We also covered the following topics:

Watch the entire episode of Answers News for November 16, 2020.