Pastor Disagrees with LGBT Community, People Threaten To Burn Down His Church 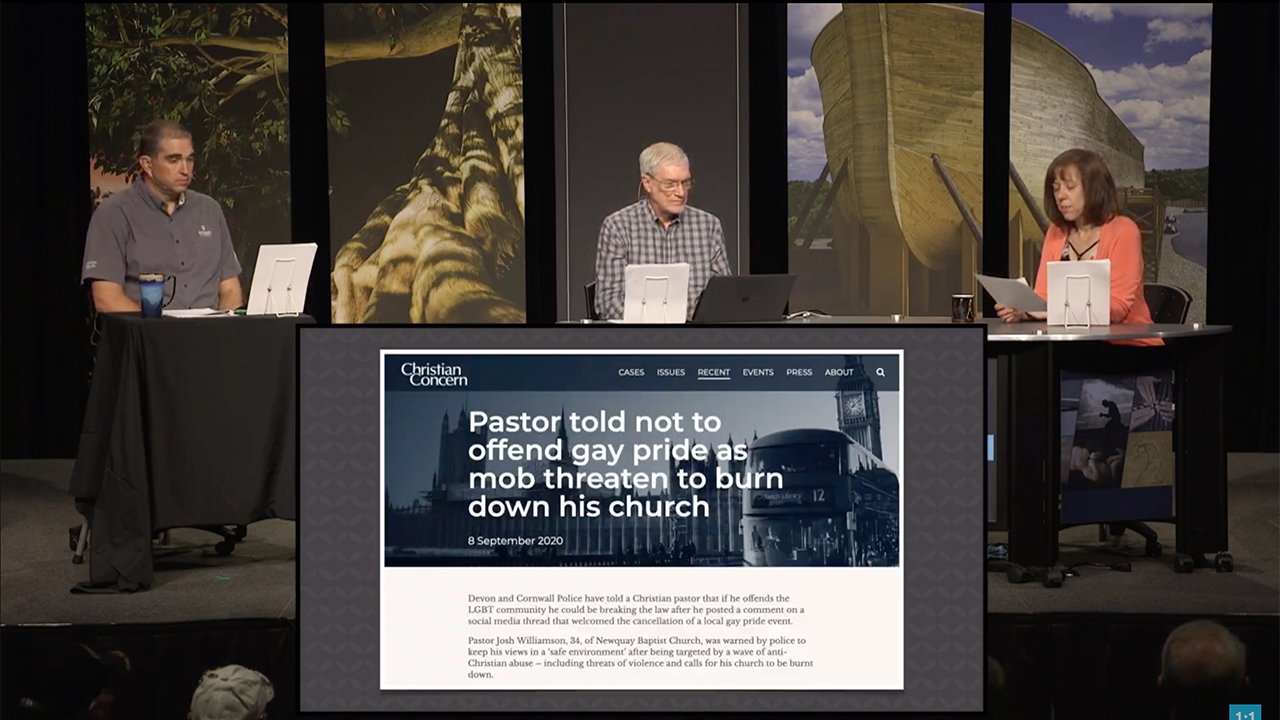 In our culture today, disagreeing with someone (especially against the sexual, homosexual, and gender revolutionaries) is considered dangerous “hate speech.” Many people believe those who dare utter such disagreement should lose their right to free speech. This intolerance is becoming increasingly common across the West—just ask one pastor who said that a “pride” parade was celebrating sin . . . and then found himself and his family personally threatened, his church the target of arson threats, and fabricated pornographic images, featuring the pastor, began circulating on the internet.

When asked why he thought this was “wonderful,” he further commented, “because I don’t think sin should be celebrated.”

According to reports, Josh Williamson, the pastor of Newquay Baptist Church in Cornwall, UK (and formerly from Australia), posted the phrase “wonderful news” in response to a news item on Facebook detailing the cancellation of a “pride” event. When asked why he thought this was “wonderful,” he further commented, “because I don’t think sin should be celebrated.” He later commented with some Bible verses from John, James, and 1 Corinthians. He then personally shared the article with this caption:

“Hallelujah!! We prayed at our prayer meeting on Tuesday night that this event would be cancelled. We also prayed that the Lord would save the organisers. One prayer answered, now we wait for the second prayer to be answered.”

Well, not surprisingly in this time when those who oppose Christianity show extreme intolerance of Christians, the organizers of the “pride” event weren’t too pleased and shared screenshots of the post, along with other negative comments various individuals had made—but they blocked all the people’s names, so it deceptively appeared that Josh had made all of the comments. According to reports, Josh and his wife were soon receiving threats, Josh’s face appeared on a homosexual pornographic image, and LGBT activists were reporting him for “hate crimes” and spewing “hate speech,” calling for protests at his church, and vowing they’d get his church’s charity status repealed and send Josh back to his homeland of Australia.

The article goes on to state,

Reporting the threat to Devon and Cornwall Police, which sponsors Cornwall Pride, Josh was told that the situation was ‘complex’ and that they did not believe the threat would materialise. The police stated that they were working with both sides to pacify the situation, but also stated to Josh that he should make sure he ‘did not offend’ anyone in the LGBT community in future to avoid breaking the law.

This is a prelude of what will eventually happen across the USA, depending on which politicians hold power at various levels.

This is a prelude of what will eventually happen across the USA, depending on which politicians hold power at various levels. Actually, this increasing intolerance of the Christian worldview has already been happening in many places across the US and certainly around the world. Those who dare hold biblical sexual ethics are—and will continue to be—vilified, persecuted, and even labeled as committing a crime for saying so. Regardless, we must continue to do as we’ve been instructed to be: salt and light to the world (Matthew 5:13–16), contend for the faith (Jude, verse 3), and remain faithful to do the King’s business until he comes (Luke 19:13), making disciples of all nations and teaching them God’s Word (Matthew 28:18–20).

After commenting on his concern about the level of anti-Christian (really anti-God because they don’t really hate Josh—they hate God and his Word) sentiment and threats, Josh told reporters:

As Christians we seek to speak the truth in love and would readily welcome all people to our services. The Bible, however, proclaims a message of repentance, which calls on all people to turn from their sin and to trust in Christ. It would be unloving for us to remain silent about what God’s Word says in relation to human sin, including all forms of sexual sin. We therefore, must proclaim the truth that homosexuality is a sin, but that God loves sinners and Jesus can forgive all our sins.

Newquay Baptist Church is made up of sinners who have been forgiven by a wonderful Saviour; since this is the case, we would invite all people, including the LGBT community, to come to our services. Our desire is that all would come to know and love Jesus.

Simon Turpin of AiG–UK/Europe recently interviewed Josh on this attack by LGBT activists. You can watch that interview below:

I discussed this item today on Answers News with cohosts Roger Patterson and Dr. Georgia Purdom. Answers News is our weekly news program filmed live before a studio audience here at the Creation Museum and broadcast on my Facebook page and the Answers in Genesis Facebook page. We also covered the following topics:

Watch the entire episode of Answers News for September 14, 2020.