What an amazing time it has been at the National Education Association conference this year! For anyone who never gets the opportunity to share your faith in such a way, I implore you to seek God's face to allow you to do so. This was my second year to have the privilege to serve God here at the NEA, and it was even better then last year. I was blessed to have tribulation, as we encountered opposition almost hourly. I was also able to see hearts that were truly seeking to know more of their Creator.

There were many encounters this year that allowed me to see God in action. From the account we shared of the loading dock manager, to the final day's vote as to whether or not we would be allowed back next year. I personally was blessed and encouraged by God. The Lord even used what man meant for evil to bring about sympathy from unlikely sources to rally around us in the moment of truth. Two loud, obnoxious atheists, came to our booth crying that we should  be banned from this forum. Casting obscenities, and ralling accusations of indoctrination on our part which lead to fellow atheist around calling security, because of their offenses. During the debate on amendment to Rule 13, a gay Massachusetts public school teacher stood up and said although he disagreed vehemently with everything we stood for, we had every right to be at this conference. If only some Christians had the backbone to stand up for what they believe in the same way.

This year we gave away thousands of book, DVDs, tracts, magazines, and creation museum passes. There is such a hunger for answers in this world, how great to have answersingenesis that stands on God's Word, producing quality materials in the pursuit of providing answers. They say a picture is worth a thousand words so I will leave you with several pictures and videos to enjoy, until next year. Thank you so much in lifting us up in prayer as we did battle for the Lord, in the realm of education. 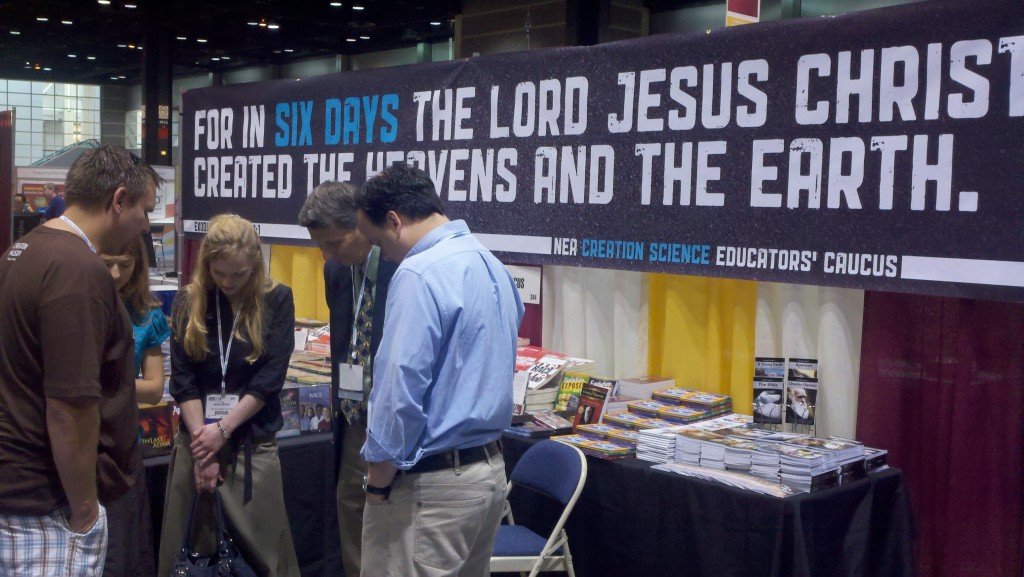 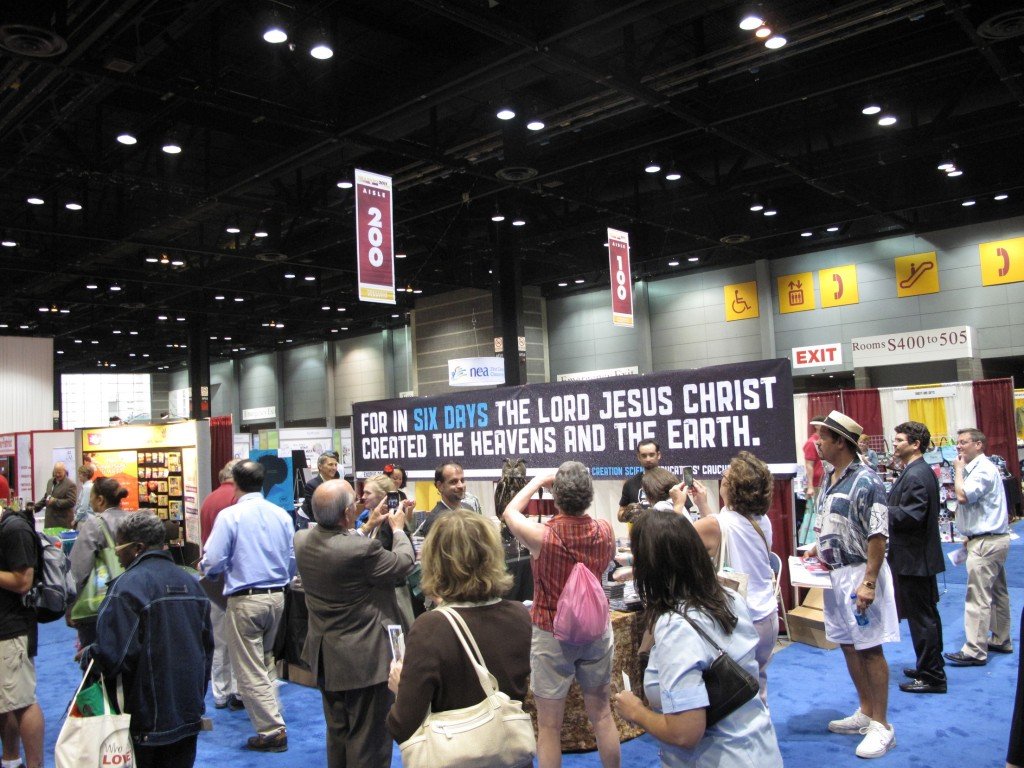 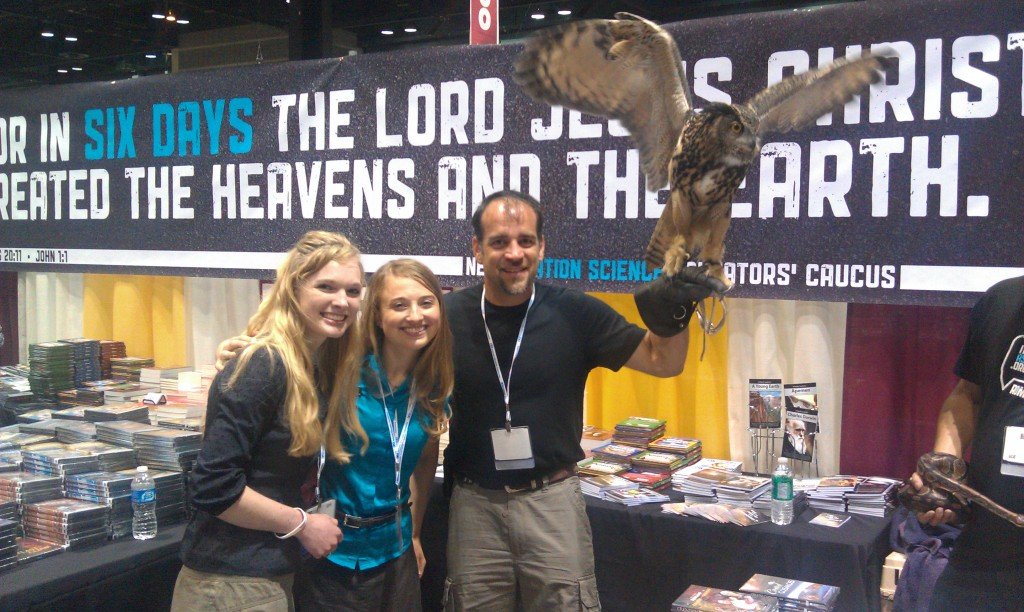 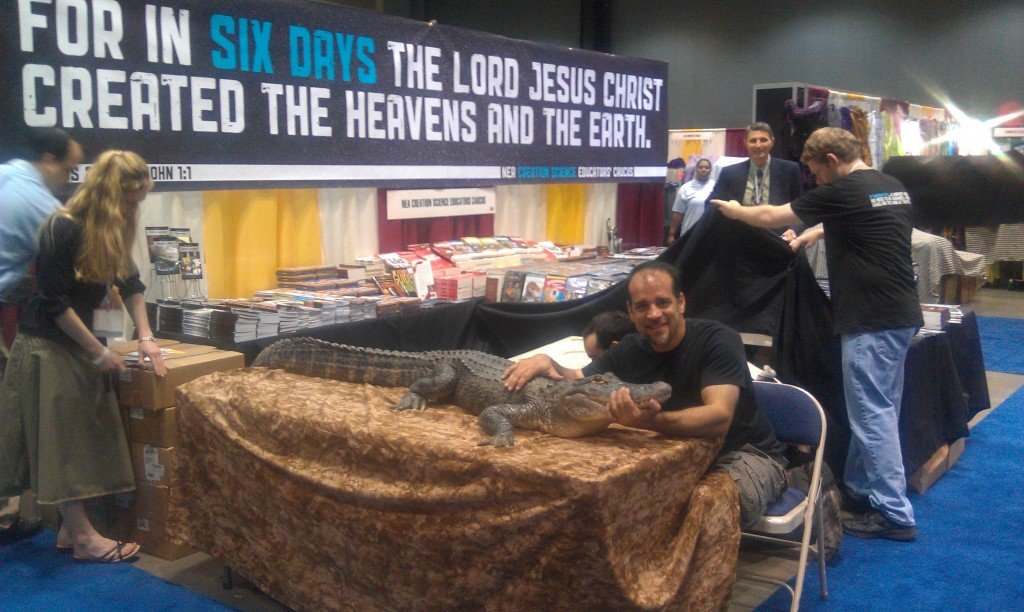 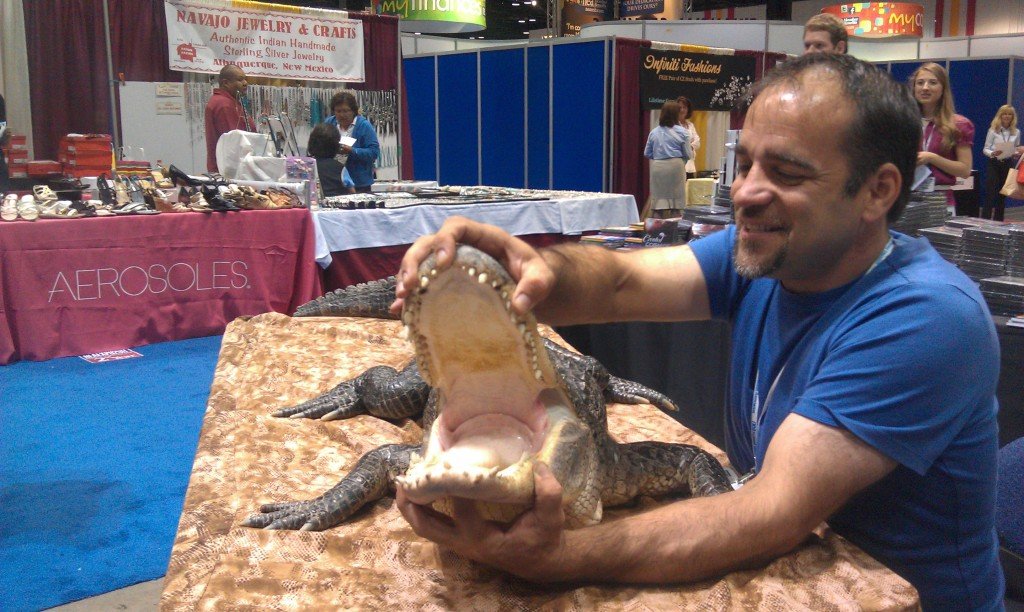 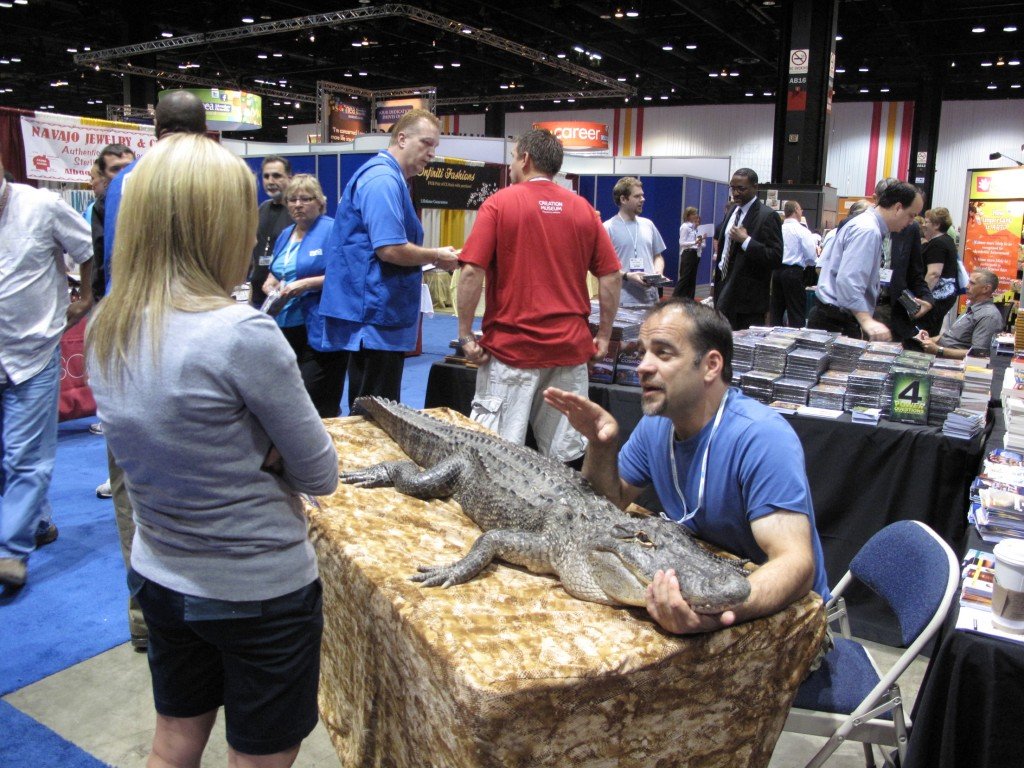 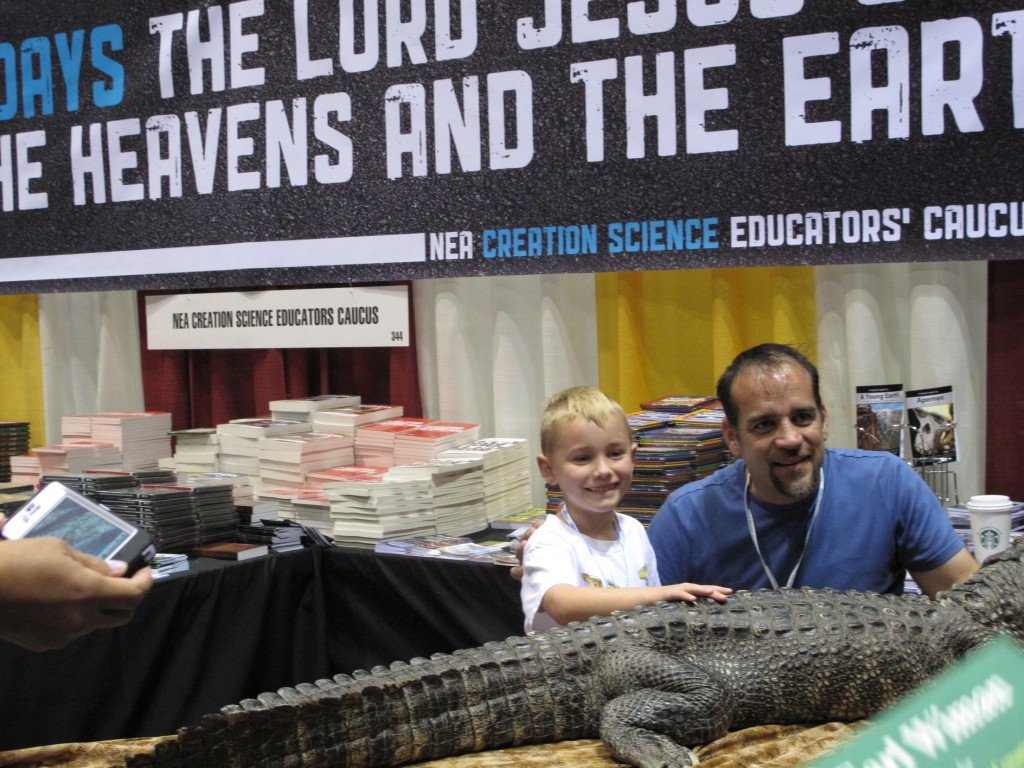 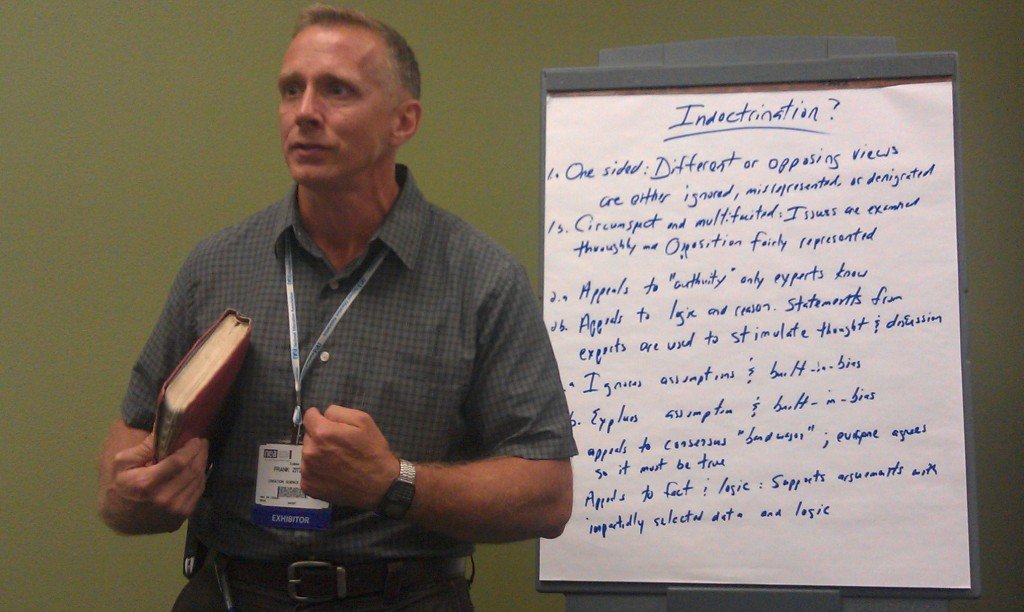 Previous Article Indoctrination vs. Education Next Article Opening Night of the Mega Conference

Email me with new blog posts by Outreach Events: