Reaching Out to Southern Baptists

Answers in Genesis has the opportunity this week to promote our ministry at the annual meeting of the Southern Baptist convention—being held in Phoenix, Arizona. We have a display on the Ark Encounter project, along with various resources we are giving away to pastors and other Christian leaders in attendance. We are handing out copies of our Already Gone and Already Compromised books, plus a variety of creation-apologetics booklets. It’s all a part of our mission to equip leaders in the church.

Our two staff out there (David Chakranarayan and Jason Nave) have told me they have been blessed to hear testimonies from several people who have expressed their thanks for our ministry—enabling them to defend the Christian faith in today’s world. A typical comment they heard goes something like this: ”The ministry of Answers in Genesis has changed my life . . . our family’s life . . . our church . . . ” and so on.

Below are some photographs taken at the event: 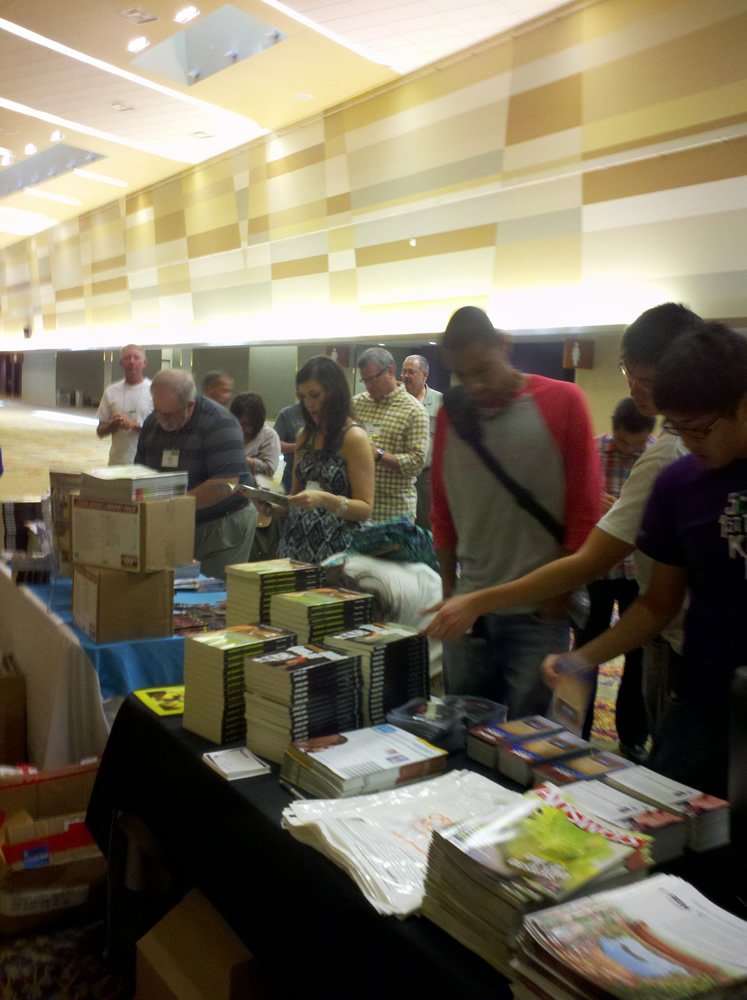 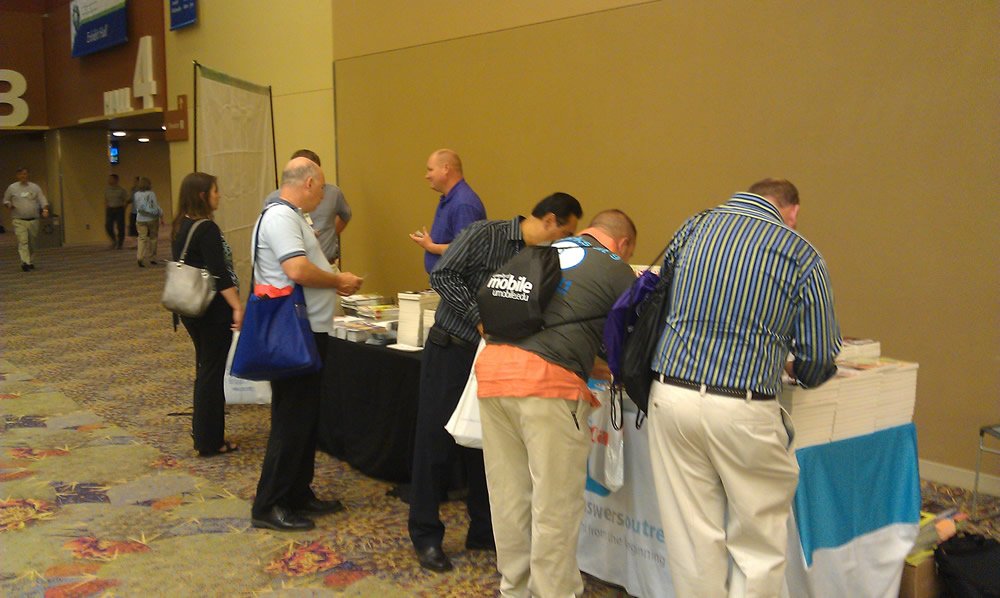 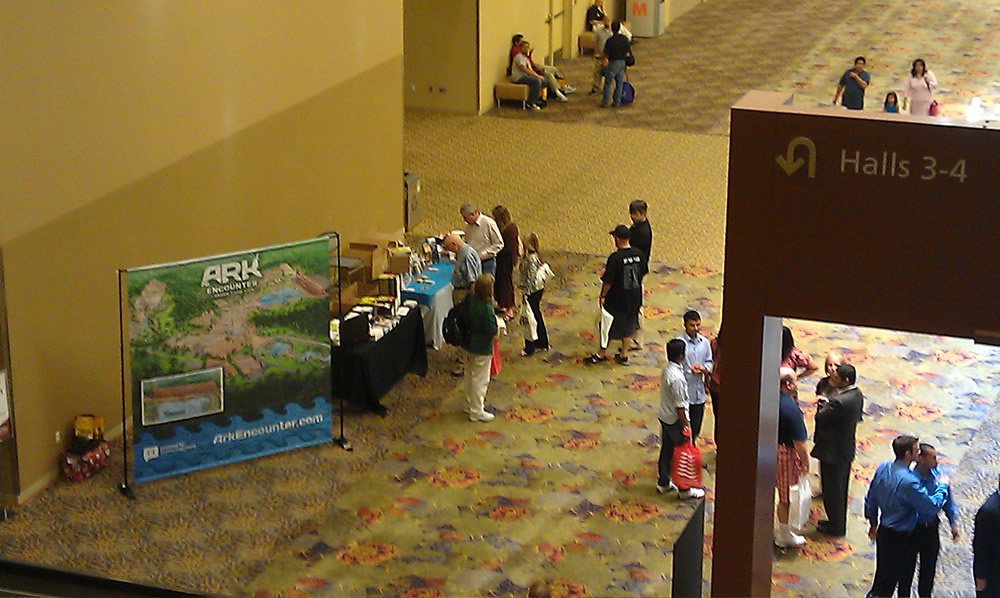 Over the years it has been overwhelming to see the impact Answers in Genesis has had on so many Southern Baptist churches and their leaders. We want to say a big thank you to Dr. Johnny Hunt, former president of the SBC, and Dr. Frank Page, current SBC Executive Committee president, for enabling us to be in Phoenix. Did you know that the SBC denomination is the largest Protestant group in America (in fact, the world)? We count it a real privilege to be able to minister to this group of Christian leaders.

I hope you take the opportunity each day not only to read my blog to get some of the “behind the scenes” activities of our ministry, but also to read our lead article on the home page. In addition to some faith-affirming teaching, these articles often offer commentary on the news of the day—including what people are saying about biblical authority ministries such as ours.

Yesterday’s lead article was a real stunner. Now, we are quite used to being attacked by atheists/humanists, but it can be shocking (but not necessarily all that surprising nowadays with compromise in the church that is so rife) that a Christian has used his blog to publically attack both Answers in Genesis and the Ark Encounter project. This Christian man totally misunderstood the nature of the Ark Encounter, and when confronted, he back-tracked. All sorts of interesting things happened as he made even more and more charges on his blog, which eventually led him to declare that the Ark Encounter is similar to a “porn shop.” Incredible!

As many bloggers like the one above pretend to be serious commentators or journalists, I am happy to report that professional reporters continue to visit the Creation Museum from around the world. Yesterday, we had a reporter with the Danish newspaper Kristeligt Dagblad tour the Creation Museum and interview a staff member.

Yesterday we visited Santa Fe Island and the Plaza Islands. We saw many different birds on Santa Fe including the Galapagos dove, Galapagos mockingbird, and the cactus finch. There are many tree-like prickly pears on this island, so there are a great number of cactus finches. They eat and nest in the cactus. It is amazing to think of God designing a bird to be able to utilize the cactus in a post-Fall world for food and a home.

The land iguana was probably one of the most prominent features of both Santa Fe and the Plaza Islands. They look very different from their marine counterparts. Land iguanas are a combination of yellow and black (one species on Volcano Wolf is even pink) and much larger than the marine iguanas. They are larger because their food source is plentiful, nutritious, and they don’t have to expend as much energy to obtain it. They position themselves under the prickly pear cactus waiting for the pads to fall so they can eat them, spines and all! They also eat other vegetation which is still abundant at the end of the wet season. They don’t appear in groups as the marine iguanas do for warmth, as they have the opposite problem of getting too warm. They will often hide under vegetation to cool down. Visit Georgia’s blog post to read more and see some photos from her trip.