How the Poinsettia Came to Brighten Christmas

Few things signal the start of the Christmas season in the West quite like the poinsettia. We even have a day to celebrate this cheery plant on December 12—National Poinsettia Day. How gracious of the Creator that, in a season when most plants are dead or dormant, he designed the radiant poinsettia to bloom in winter, adding a splash of color to brighten the dismal days.

Poinsettias are members of the Euphobiaceae family. Along with all other plants, this “kind” (which usually falls at the family level) would have been created on Day Three of Creation Week. Native to Mexico, wild poinsettias flourish into bushes that can grow up to 13 feet tall. Though now we use them mostly for decoration, the ancient Aztecs used the poinsettia’s coloring for dye and the milky sap inside for fever potions.1

In the late 1820s poinsettias were introduced to the United States by the first US Minister to Mexico, Joel Roberts Poinsett, for whom the plant is named. As an amateur botanist, Poinsett was fascinated by the crimson plant and brought it back to grow on his plantation in Greenville, South Carolina.2 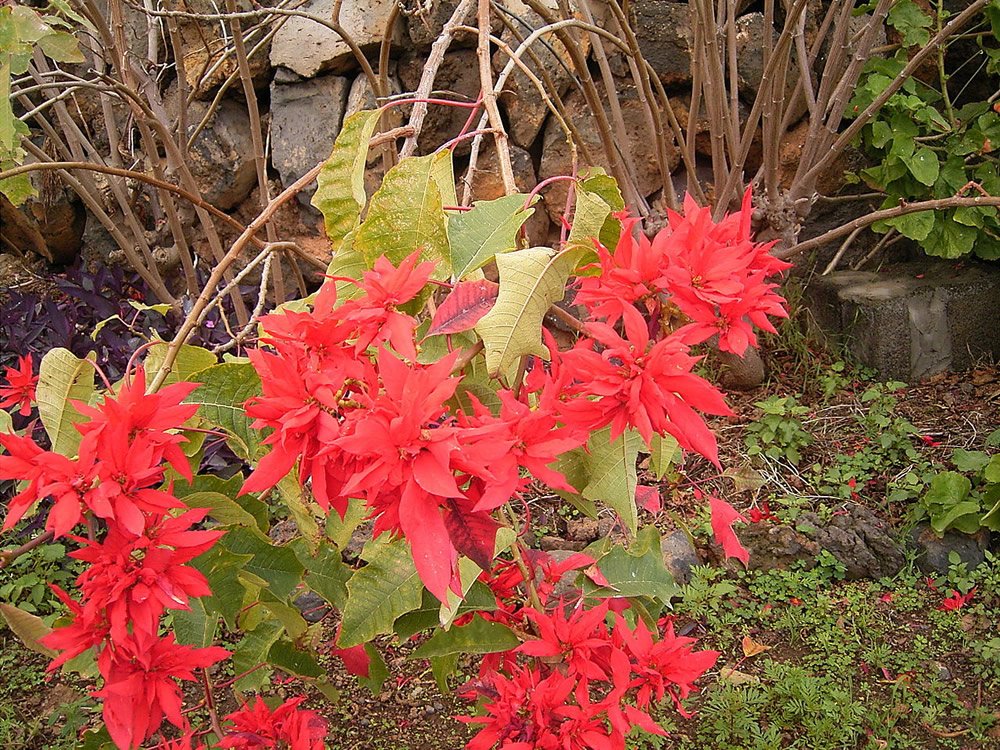 Poinsettias growing in the wild. Image by les, via Wikimedia Commons.

In the early 1900s, German immigrant Paul Ecke was also enamored with the red plant when he came to California. He began selling individual cuttings of poinsettias, unaware that he had started a multigenerational industry. In the 1960s, the Ecke family developed a secret technique that grafted two types of poinsettias together, creating a more uniformed, sturdy plant with several blooms per stem. When grown using this process, poinsettias were more conducive to being potted and shipped over long distances to customers and stores. Under the Ecke family, the plant came to be associated with Christmas. Thanks to the ingenuity and knowledge God gave us to study plants, poinsettias became a staple icon for the holiday season.

For years the Ecke family enjoyed a monopoly on the poinsettia industry, accounting for almost 90% of the world’s poinsettia production. In the 1990s, however, a researcher discovered their grafting technique and published it, much to the delight of the Ecke’s competitors.

Poinsettias remain one of America’s top-selling potted plants. With 100 cultivated varieties, poinsettias can be pink, white, peach, yellow, and marbled.

Though many people mistake the colored parts for the petals, these are actually bracts, a type of modified leaf meant to attract pollinators. The flowers are the yellow structures, called cyathia, in the center of each leaf bunch. The true flower fades quickly after fertilization, but the colorful bracts remain.

Many people keep their poinsettias alive from year to year. In the spring and summer, poinsettias can be planted or kept outside to receive ample light. But Poinsettias are highly susceptible to frost damage, and in areas where this is a concern, around October 1, the plants must be brought inside.

The bracts’ brilliant colors develop through photoperiodism, a plant’s response to a constant cycle of darkness and light. Along with needing 6 to 8 hours of sunlight every day, poinsettias require at least 12 hours of complete darkness each night. Even beams from passing cars or light from a TV under a door can throw off their blooming cycle.

Following this rigid routine for up to 10 weeks will yield a pot of vibrant poinsettias perfect for welcoming the holidays.

Not Just a Pretty Plant

While you’re enjoying the cheery glow of the poinsettia’s red bracts, the plant is hard at work. Like many potted houseplants, the poinsettia cleanses its environment by removing formaldehyde from the air. How wonderful that God designed these plants to cleanse the air in the winter months when we’re so often inside.

Additionally, in Central America, poinsettia sap has been used as a hair and wart remover and a toothache remedy. 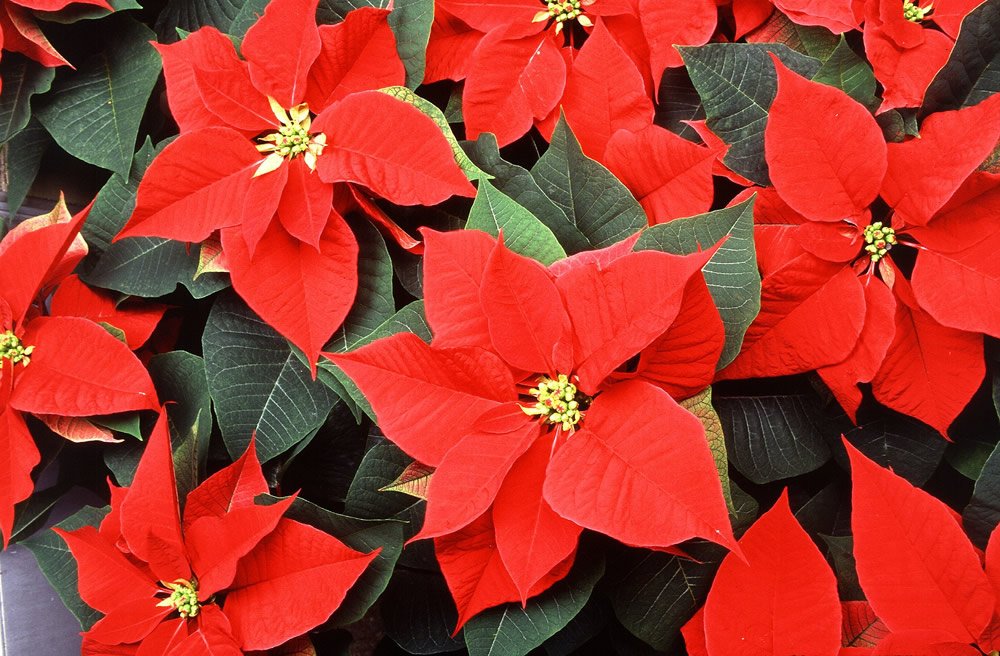 Not very many flowers naturally bloom in the winter, giving the poinsettia a natural advantage for being a symbol of the season. However, for some people, the plant has a special connection to Christmas.

In Mexico, the poinsettia is known as the Flores de Noche Buena (Flowers of the Holy Night). A legend tells of a little girl who had nothing to bring to a Christmas Eve service celebrating Christ’s birth, so she plucked some weeds by the roadside. When she carried them to the altar, they miraculously bloomed into the red plant we know today.

That is, of course, a legend. But some people can’t help noticing that the poinsettia’s star-shaped pattern supposedly resembles the star of Bethlehem. Other people see the crimson bracts as representing Christ’s atoning blood.

Because of their connection to Christmas, poinsettias remind us that Christ—the Son of God born as a baby—came to earth to one day die on a Cross and later rise from the dead so that we might have eternal life. Like poinsettias naturally blooming around Christmas, it can be natural for Christians to discuss Christ’s birth and share the gospel only at this time of year. However, God calls us to spread his saving message in all seasons.

This winter when you see poinsettias, consider how gracious God was to send us his Son—and to give us flowers in winter to remind us of his goodness.