In 2013 D. R. Faulkner proposed what he says is a new solution (Faulkner 2013) to the biblical creationist starlight travel-time problem. That can be simply put this way: If the universe is so large, for which there is little doubt amongst biblical creationists, and we know the universe is only about 6000 years old, then how do we see distant light sources more than 6000 light-years away? Even more so, how did Adam on Day 6 see astronomical objects more than 2 light-days away, which includes all stars except for the sun?

Faulkner’s proposal, for which the author himself admittedly provides little substantive description, from what I can gather, has two key features:

Firstly, this is not a new proposal. In my book Starlight Time and the New Physics, first published 2007, I mentioned this very proposal as a possibility, which I discounted immediately. I excerpt the relevant text here:

There is a way around this issue, a really complex and ad hoc miracle that would enable the creation of a beam of light from source to observer so that the observer appears to see current information. For example, when the supernova named 1987a occurred in the Large Magellanic Cloud, which is about 170,000 light-years distant, God could have miraculously translated the light across 170,000 light-years’ distance of space instantly (as if the photons had passed through a wormhole) and then just outside the solar system let it move at the usual speed of light. This hypothesis is untestable and, though not impossible, seems implausible, to put it mildly. Miracles in the Bible are rare and special events, the purpose of which is clearly understood and/or revealed. This does not fit that category; it looks more like a convenient set of miracles invented ad hoc to overcome a difficulty. (Hartnett 2010, p. 27)

Faulkner’s concept is that God miraculously did it, so it is exactly as I envisaged there. The most serious problem with his proposal can be broken down this way. If you say that while God did this He also suspended all the other laws of physics necessary to translate the light (the photons), from the source to the receiver, but only when it arrives in the solar system those laws again all apply, then the proposal is untestable. (There is nothing else to do.) If you say that while God did this all other laws still apply then if He did it by accelerating the speed of the light we should see massive blueshifts for all sources, but we don’t.

Faulkner does suggest the light was accelerated (Faulkner 2013, p. 281). If so, since we don’t see massive blueshifts you need auxiliary hypotheses to overcome the unobserved blueshifts. This is exactly what Setterfield does with his c-decay model. Setterfield says the product h.c (Planck’s constant × the speed of light) remains constant, but then he has to adjust the charge on the electron (e) to account for measured drift in the fine-structure constant (α) (Hartnett 2002). An unholy collection of improbable coincidences are needed.

If however the mechanism was related to the stretching of the fabric of space, which Faulkner does suggest (2013, p. 283), then the sign of the time dilation is wrong. Recently I have argued that expansion of the universe cannot be justified from Scripture (Hartnett 2011a). Nor can it be justified from theoretical physics (Hartnett 2014). Nevertheless even if my latter analysis was wrong, and the needed time dilation resulted from expansion of space or expansion of the universe, that expansion acting on photons, travelling in spacetime, must mean a decrease in the photon energy, i.e. an increase of wavelengths, hence a massive redshift. We see a redshift but it is very small, of order unity or less for most of the universe. As explained below.

If you were to propose the reverse and compress the space between the emitter and the receiver to get say a 14 billion to 1 compression factor (so light from the edge reaches us in one year) that also means the photon energies are increased by this factor, and we should see today enormous blueshifts. You can’t have your cake and eat it too. You can’t say this process stopped at the end of Day 4, and light now travels at normal rates, otherwise you still have a light-traveltime problem.

I am sorry to say that Faulkner’s proposal here is not new and it does not have any substance at present. Currently, therefore, it fails in what it sets out to do. Unless these objections are answered it is not a solution to the problem.

If you contain the substance of the model to the totally miraculous, in the sense that you postulate that none of the obvious observations are possible due to God suspending all relevant laws so that these known aspects of physics do not apply in this instance, it is an ad hoc proposal which can never be refuted. I included the idea in my book, along with several others, because I cannot be certain that God did not act that way, but in my opinion it is highly unlikely.

I expect a creationist solution to include the fact that everything we see in the universe obeys the current testable laws of physics, which are the creation of God (Hartnett 2011b). That does not mean He did not suspend laws while creating, but that what we observe can be relied upon using known physics.

I believe “. . . God created everything 6,000 years ago and we can (in principle) know how He did it in Creation Week as much as we are able to see the whole visible universe” (Hartnett 2011b). 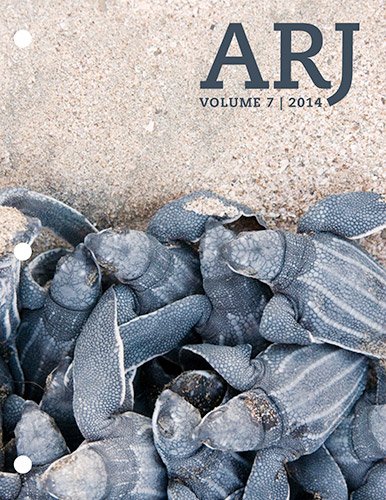