How to Solve a Monster Mystery

In 1955, an amateur fossil hunter found a bizarre fossil in Illinois. To this day, the exact nature of this monster remains a mystery.

As a kid, I loved monsters. King Kong, Godzilla, Dracula, and Frankenstein (among others) all vied for top honors. One reason monsters are fun is the fear they evoke. Another is the thrill of imagining new creatures unlike anything we find in nature. The word that “monster” comes from (Latin monstrum) can have both meanings. On the one hand, it can suggest something ominous, evil, awful, or repulsive. On the other, it can simply mean abnormal.

In 1955 an amateur fossil hunter found a strange fossil, commonly called the Tully monster (genus Tullimonstrum), that puzzles scientists to this day. At first glance, the “monster” may appear somewhat frightening. To a biologist, however, the monstrosity in its name derives not so much from the fear it evokes as from its mingling of unusual parts.

The unexpected in nature makes us all, even professional paleontologists like me, uneasy. We prefer not to have “monster mysteries”; we want every creature to make sense within our understanding of the world.

What Do We Know About the Tully Monster?

Clearly, the Tully monster was no Godzilla, at least in terms of size. Tully was a mere 4 inches (10 cm) long. It was a soft-bodied animal with eyes on “sticks,” had a single nostril, and sported an elephant-like proboscis with a crab claw on the end. This diminutive monster is found exclusively in Carboniferous rocks (300 million years old by conventional dating) in the US state of Illinois, where it is regarded as the state fossil.

Scientists have debated its identity since its discovery. What other animal is it most like—a crab, a slug, a reptile, or something else? The fact that it is largely known from only one location in Illinois just adds to the mystery.

From a biologist’s perspective, a few identifying clues stand out—but only a few. One is that it had a notochord. A notochord is a stiff rod made of cartilage that runs down an animal’s back like a backbone, providing support while it is an embryo. All vertebrates and some invertebrates have notochords. In vertebrates, the notochord can later become part of the vertebral column. This makes it an important clue to one of the most basic distinctions in biology: was the Tully monster a vertebrate or an invertebrate? 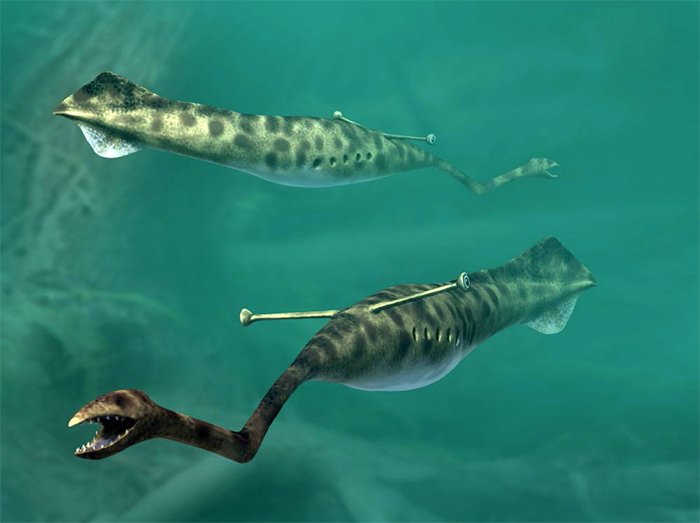 The Tully monster challenges us to keep seeking an even deeper understanding of life.

Also interesting were blocks of muscle called myomeres. These muscle groups appear in W patterns in the Tully monster and provide a clue for how it swam. A living animal with similar blocks of muscles is the eel-like lamprey, which moves its body through the water in a powerful wavelike motion like a snake. The Tully monster has less than half the number of myomeres as lampreys. This lower myomere count means it likely swam using only its tail.

Though some of these clues may not sound substantial, we are fortunate to know anything about the Tully monster. Animals lacking hard parts are rarely preserved at all. Its preservation was unique enough (location, sediment, and chemical conditions) to allow us a glimpse of these interesting creatures. In fact, its unique location—Mazon Creek in Illinois—is home to many other soft-bodied creatures that are not often preserved well. What unusual conditions brought them together? We’re still trying to learn the answer.

How Do We Classify It?

The most fundamental question upon discovery of an animal is whether it had a backbone. That is, was the animal a vertebrate or invertebrate? This has a long tradition in biology, going back to Carl Linnaeus’ Systema Naturae. Linnaeus was a Lutheran and creationist whose thinking is the basis of nearly all biological classification today.

Attempting to delineate God’s created kinds, Linnaeus divided the animal kingdom into smaller and smaller groups, starting with the phylum, which is still used today. He grouped animals with backbones in a manner very similar to today, though Linnaeaus shoe-horned everything without backbones into only two places: insects or worms (called “vermes”). If the Tully monster had been discovered then, he would likely have assigned it a place within “Paradoxa” (a name showing that even an early creationist recognized that not all animals were easily classified).

Why Have Scientists Been So Confused?

Over the last 50 years the conventional evolutionary community has pondered a range of possible classifications for the Tully. Scientists have argued that it was a mollusk (like squids), an annelid (like earthworms), or a vertebrate.

Some studies have argued strongly that it was a vertebrate, based on certain features, such as the eye. Just last year, scanning electron microscopes and a technique known as spectrometry revealed a retina characteristic of vertebrates.

However, others argue just as confidently that it was not a vertebrate because it lacks important vertebrate characteristics. They explain away vertebrate-like traits based on a phenomenon called convergent evolution. “Convergence” is the belief that evolution regularly produces similar traits in unrelated creatures.

Scientists enter the character traits into a computer program that generates evolutionary trees, but a little-discussed fact is that these trees often contradict one another. Why? If one creature has a few odd traits that are similar to many different animals, it can mess up the results. The Tully monster could have been a vertebrate or an invertebrate, depending on how a computer groups certain traits.

Creationists do not have a problem with these conflicting results. We aren’t attempting to figure out how every trait evolved from less complex creatures. We look at the overall traits of the “kinds” of creatures the Creator made, all at the same time, during Creation Week. We aren’t surprised to find similar traits in unrelated animals. Such similarities point to one Designer.

The infinitely wise Creator also inserted some surprises in his creatures that defy our simplistic explanations. In all honesty—for both creationists and evolutionists—Tully is an unusual group! It calls into question some of our most basic assumptions about the defining traits of organisms.

What we call a “monster” today may simply reflect our simplistic approaches to reality. Both creationists and evolutionists have limited knowledge about the world, despite centuries of careful study. So the Tully monster challenges us to keep seeking an even deeper understanding of life.

Philosopher Thomas Kuhn notes in Structure of Scientific Revolutions (1970) that all scientists are limited and share common blind spots. Keeping our eye out for these “exceptions,” rather than dismissing them, is at the root of scientific revolutions.

Don’t get me wrong, I believe biological classifications involve a lot of wisdom. At the same time, perhaps part of what makes Tully a “monster” is it challenges some of our most basic assumptions of biology, such as what eyes, mouths, and backbones should look like. Lack of easy answers is one way God humbles us, while reminding us all to keep learning about him by continually “expecting the unexpected” as we ponder his glorious work.

Dr. Neal Doran is professor of biology at Bryan College in Dayton, Tennessee, where he teaches biology, geology, and the philosophy of science. When he has a chance, he blogs at Creation Model Reflections.
Next Article Is Improbability the Best Argument Against Evolution? 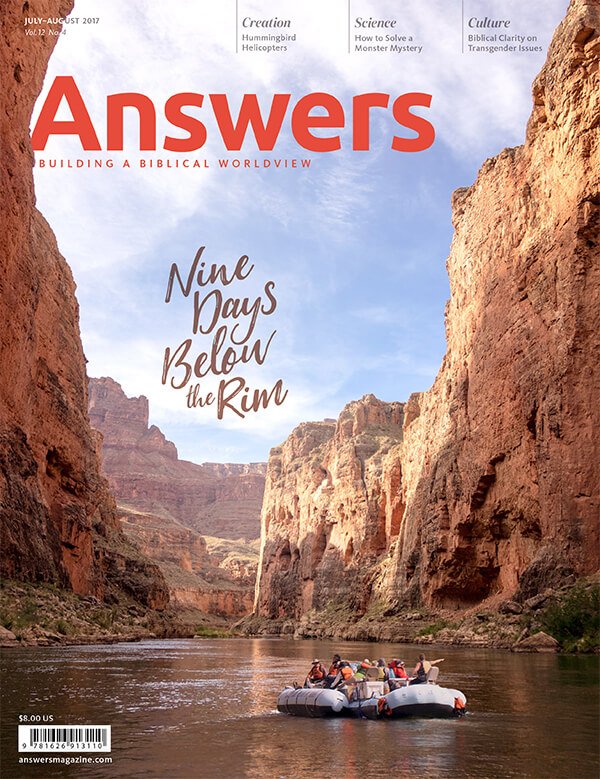